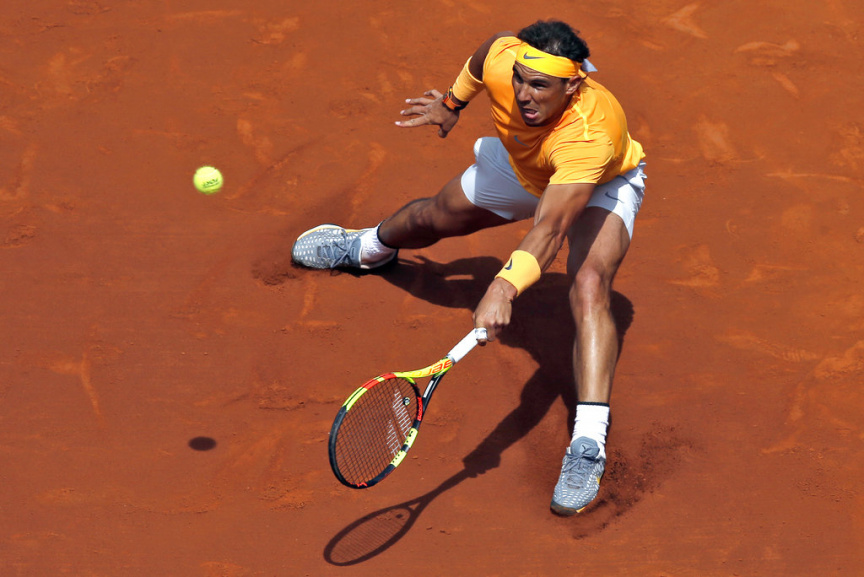 The top-ranked Nadal converted on his second match point to clinch his 16th straight victory on clay and set up an encounter with Martin Klizan, who eliminated Novak Djokovic in the second round.

"I came out with the conviction that I could play a lot better than I did yesterday (against Roberto Carballes Baena), and that's what happened," Nadal said.

Coming off his 11th Monte Carlo title, Nadal has won 11 of his 12 ATP Tour matches this season, with the only loss coming from an injury retirement in the Australian Open quarterfinals.

He has won 40 consecutive sets on clay to extend his own record, and has won 33 of his last 34 matches on the dirt.

"I had more options in the second set but a player like Nadal doesn't give you many chances," the 69th-ranked Garcia-Lopez said.

Nadal needs to win his 11th Barcelona title this week to retain his No. 1 ranking.

Klizan, the 140th-ranked Slovak who defeated Nadal in Beijing in 2014, reached the last eight by ousting veteran Feliciano Lopez 6-1, 6-4.

Second-seeded Grigor Dimitrov of Bulgaria saved two match points to defeat Malek Jaziri of Tunisia 7-5, 3-6, 7-6 (8), while third-seeded Dominic Thiem of Austria got past Jozef Kovalik of Slovakia 7-6 (5), 6-2 for his 12th win in 15 clay-court matches this season.