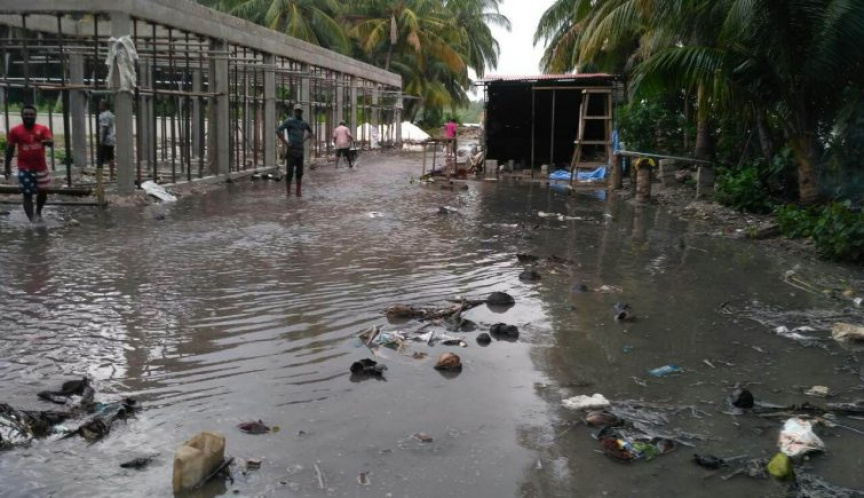 The rainfall affecting Southern part of Maldives is due to a tropical depression approximately 1,000 kilometers off the coast of Addu City, says Maldives Meteorological Service.

Met Office said the tropical depression caused rainfall across the country during the past two days, with heavy rainfall to the southern atolls.

According to the Met Office, 111 milliliters of rain fell on Addu City on April 20, with winds recorded up to 47 miles per hour.

56 milliliters of rainfall, and winds up to 39 miles per hour were recorded in G. Dh. Atoll on April 20.

Met Office said the tropical depression is travelling away from Maldives, but that tidal swellings due to the depression is expected to cause flooding across the country during high tide the next 24 hours.

Maldives hit by bad weather, alerts from Male' to Addu