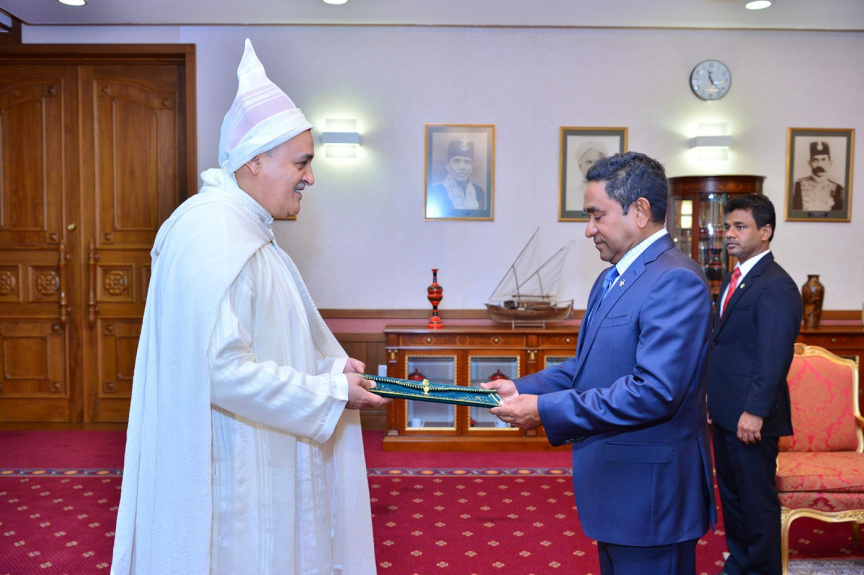 At special ceremony held this morning, credentials were presented by Morocco, Vietnam, Serbia and Georgia. This is the first time Ambassador to the Maldives from Georgia.

Non-resident Ambassador of Morocco to the Maldives, His Excellency Mohamed Maliki.

Non-Resident Ambassador of the Socialist Republic of Vietnam to the Republic of Maldives, Her Excellency Madam Pham Thi Bich Ngoc

Following the ceremony, President Yameen discussed strengthening ties and future collaborative efforts with the Ambassadors of all four countries. The President also discussed finding a solution to similar challenges facing the Maldives and other countries.

PO: Necessary action will be taken against Shimaz

'Loss of Chagos does not mean loss of part of EEZ'

Presentation of National Award of Honor

MNDF mobilized against flooding in Gan