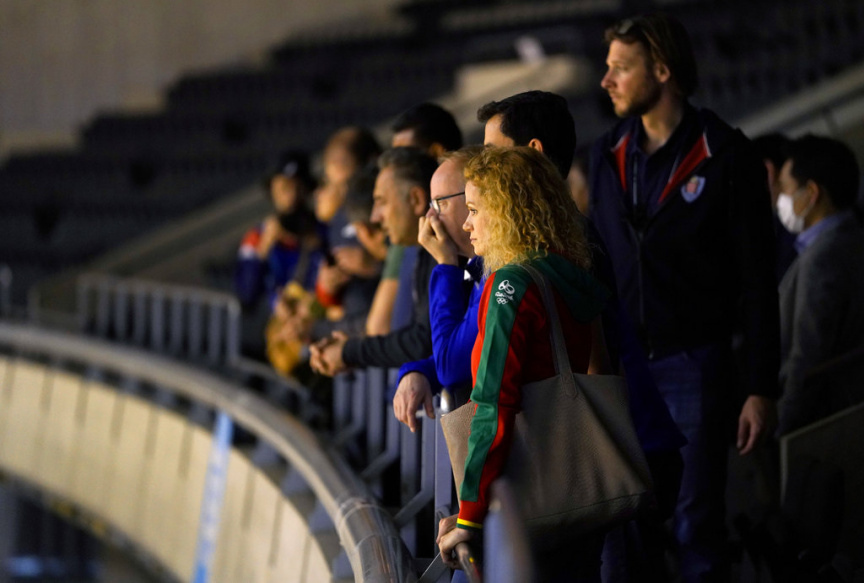 TOKYO (AP) — A dozen national Olympic committees have been given a quick look at Tokyo's venue preparations for the 2020 Summer Games.

Mark England of the British Olympic Association says they were impressed.

"We haven't had many questions to ask the organizing committee because the venues have been absolutely fantastic," England said.

Tokyo's Metropolitan Gymnasium was among the venues. It was built in 1954 and hosted gymnastics for the 1964 Olympics. It will be the venue for table tennis in two years and sits next to the new Olympic stadium, which is under construction.

"In this venue here today — historical and traditional though it is — we can see that it is in absolutely superb condition," England said.

Tokyo's use of existing venues will delight the International Olympic Committee, which has been criticized when cities have built "white elephant" sports venues.

The most recent Olympics in Rio de Janeiro left behind a half-dozen venues that are not being adequately utilized.

Rio built a cycling velodrome that has caught fire twice since the Olympics ended two years ago. Several arenas in the Olympic Park are largely vacant, and a newly built golf course has struggled to find players.

"It was obviously more challenging for Brazil because it was the first (Olympics) in South America, so they didn't have that history, tradition of hosting games," England said. "The games were very different in Rio de Janeiro. The two are not comparable. The state of readiness if very, very well advanced in Tokyo."

"National Olympic committees feed off of each other when we're talking and asking questions," England said. "Some of us go back a number of games, so we know each other well. And you can see this is a terrific opportunity."

His work can be found at: https://apnews.com/search/stephen%20wade