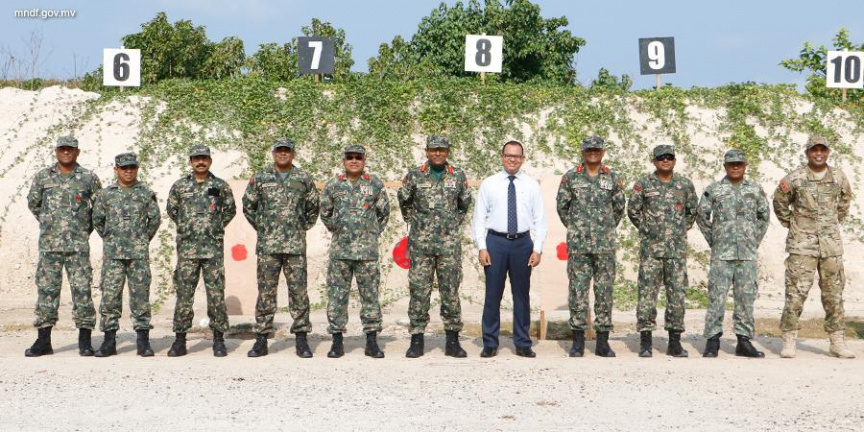 Major Ingireysi Umar Manik spent his life in service to the Maldivian military and was in charge of guarding the MNDF weapons arsenal.

The annual marksmanship competition was inaugurated this Saturday morning by Minister of Defense, Adam Shareef Umar.

The competition will continue until April 5.

21 units of the MNDF have joined the competition.

Speaking at the inauguration, Chief of Defense Force, Major General Ahmed Shiyam spoke of the service to the country by military officers, and the need for better training.