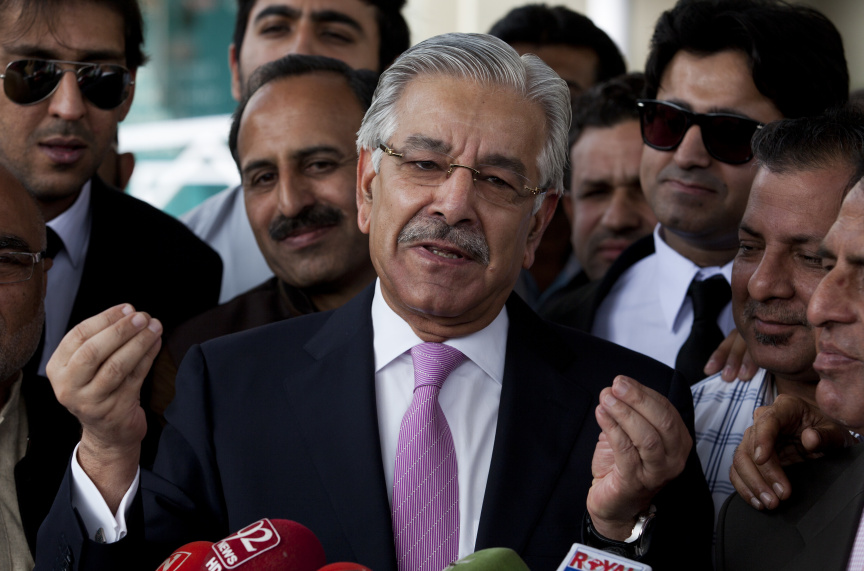 ISLAMABAD (AP) — Pakistan has approved India's proposals for exchanges of civilian detainees, the foreign ministry said Wednesday, a statement believed to also cover some of those held over the Kashmir conflict.

Foreign Minister Khawaja Asif said he hopes such initiatives would help Pakistan and India make efforts to de-escalate the situation in the disputed Himalayan region.

India proposed the exchanges on "humanitarian grounds" would include women, mentally ill or disabled people, and the elderly held by either side.

The ministry said Pakistan approved India's proposals and in turn, proposed that the exchanges be extended to include those under 18 and over 60 years of age.

It did not specify whether all the detainees are from Kashmir, but foreign ministry's spokesman, Mohammad Faisal, told The Associated Press the exchanges would be much broader than the Kashmir conflict and include all those held by either side that fall within the category of "humanitarian grounds."

Both countries exchange lists of detainees every year, Faisal said, lists that include fishermen who have strayed into territorial waters of the other side, citizens who have overstayed their visas, those who have languished in jail for too long, and visitors who come without proper papers, to visit shrines in different cities, for example, he said.

There were no specific details on how many such detainees each side holds.

lslamabad and New Delhi have tense relations, largely over Kashmir, which each claims in its entirety. The nuclear-armed rivals have gone to war over the region twice since they gained independence from Britain in 1947.