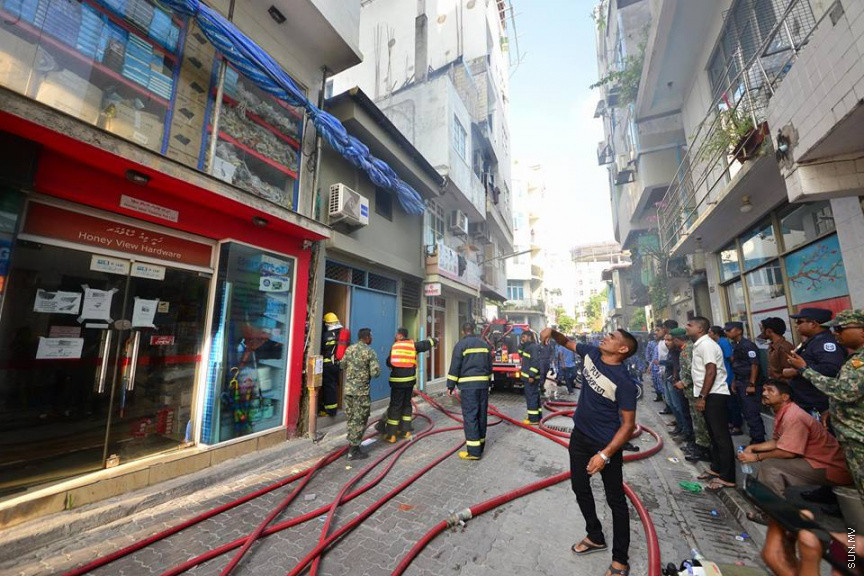 The fire that started at a residence located in the Maafannu district of Male' City has been extinguished.

The fire was controlled around 4:25 p.m.

Spokesperson of MNDF, Captain Ibrahim Azim said that the fire at the third floor of Maafannu Sithaaraage was reported around 3:25 p.m. today.

Sources say that residence is occupies by expatriates and the house was evacuated when the fire started.

Some reports say that an explosion was heard before the fire itself started.

A foreign man affected by the smoke was take to Indira Gandhi Memorial Hospital.

Maldives Police Service has launched an investigation to find the cause of the fire.

Defence Minister, Adam Shareff Umar visited the scene of the incident for a close monitoring of the situation.