Mahloof charged with assault on security 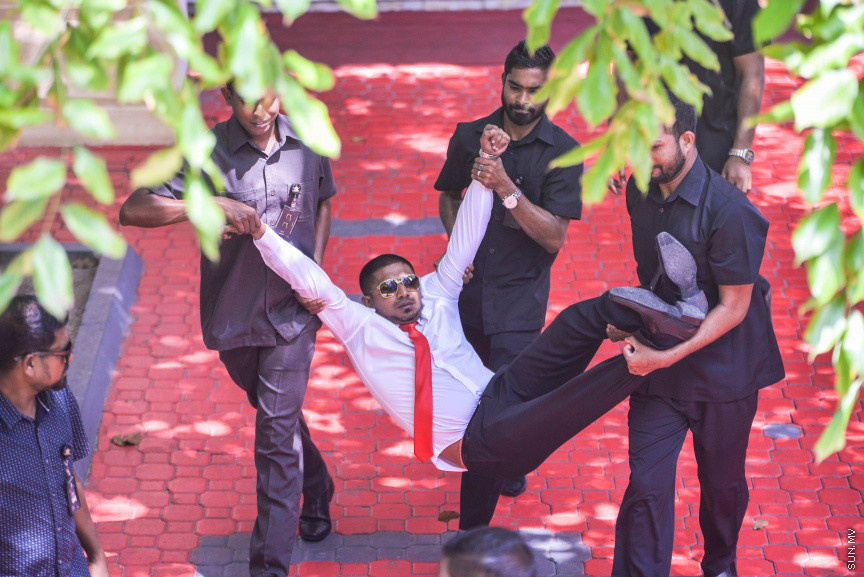 MP Mahloof being forced out of the parliament grounds after he forced in - Sun photo: Fayaz Moosa

Maldives Police Service has accused the MP for the South Galolhu constituency, Ahmed Mahloof, of assaulting the officers of the Maldives National Defence Force (MNDF) in charge of security at the parliament house.

Lawyer Nazim Sattaar representing MP Mahloof, who is currently in police custody, said that Mahloof excercised his right to remain silent when the police questioned him regarding the assault.

Police said that a case against Mahloof is being investigated for obstruction the officers on duty at the parliament and assaulted the MNDF officers.

MP Mahloof is being charged under the following laws:

It is believed that the police brought forth the charges in relation to the incident where MPs forced their way into the parliament grounds.

MP Mahloof was previously questioned under suspicion of creating civil unrest in the capital. He was arrested under the same suspicion while he was inside the MDP campaign hall after the state of emergency was declared.

Regulation made to rent Carnival area