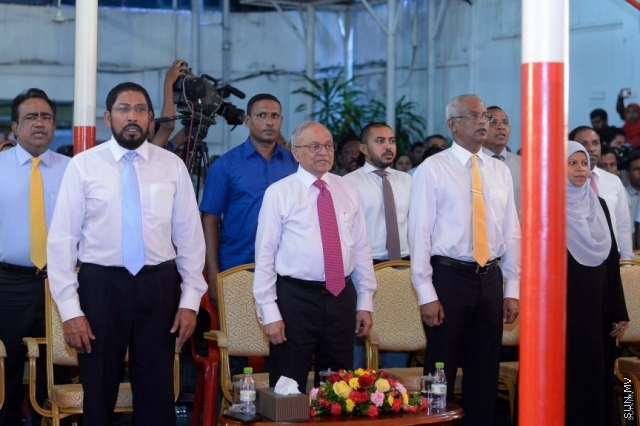 Members of the opposition coalition has raised concerned after the Maldives National Defence Force (MNDF) has heightened security for the former President, Maumoon Abdul Gayoom, saying that an attack iminent.

MNDF informed President Maumoon of the security level yesterday through a letter and began 24-hour security presence at his residence, Maafannu Endherimaage. Visitors are being forced to sign in an out of the residence.

Regarding the situation, the former President, Mohamed Nasheed, has raised concerns on Twitter saying that MNDF taking over security and forcing visitors to give names is a display of intimidation.

However the MNDF has not banned the former President from leaving his residence.

Other members of the opposition coalition suspect that it was an attempt to keep the former President from being active politically.

After speculation from the opposition has flooded the media, the Majority Leader of the Parliament, the MP for Vilimale' constituency, Ahmed Nihan Hussain Manik took to twitter stating that MNDF is providing security under Article 5 of the law to provide protection and benefits to former presidents.

BML signs on as Platinum Partner of Gold 100