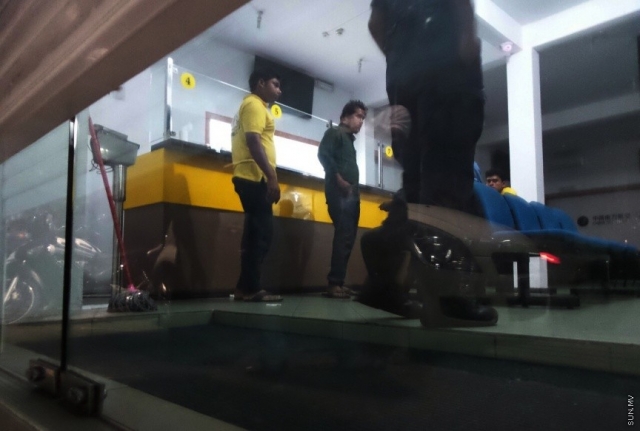 An additional suspect arrested in connection with the robbery of over MVR 2 million from Western Union money transfer center in Male’ City on October 3, 2016 has been charged with terrorism.

The additional suspect charged in the case has been identified as Adam Shaheen from White Rose in F. Magoodhoo.

Press was barred from Shaheen’s hearing, held at Criminal Court at 1:30 pm this Thursday.

Additional suspects charged in the case are:

Both their hearings were closed as well.

The exact amount of money stolen in the robbery is unknown; but police reported that MVR 1,125,590 and USD 321,603 in stolen money was retrieved and returned back to Western Union on October 3.

The robbery was perpetrated by a group of masked individuals who entered the Western Union money transfer center during the early hours of October 3, 2016 by impersonating officials from the telecom company, Dhiraagu.

The staff were then threatened with a knife and bound.

It is unclear how many bags of cash the robbers had fled with, but one bag was found in the stairwell of H. Thaalhafili, with cash found lying on the ground.

Price of fuel, staple products to be reduced