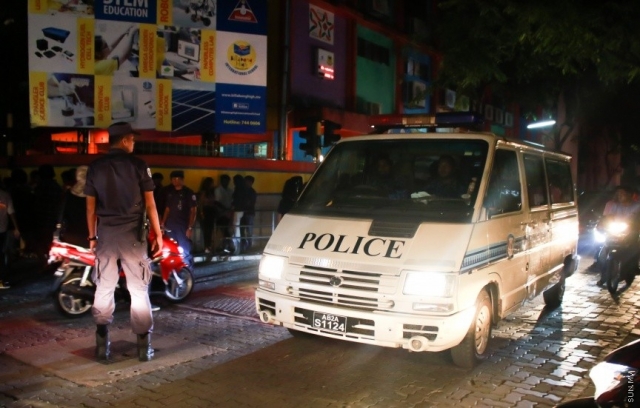 A group of individuals entered Billabong International High School which hosted the three-day Katti Hivvaru Festival on Saturday night and caused a disturbance.

An eye witness reported to “Sun” that the disturbance was instigated by a group of outsiders who visited the festival over the contents of a chart displayed there.

The eye witness reported the group threatened some of the participants of the festival and vandalized some of the items on display.

Police reported that the disturbance was caused by a group of individuals at 9:30 pm.

The police said it intervened as soon as it received report of the incident.

Two individuals were arrested but later let off with a warning.

Katti Hivvaru Festival is an annual event which provides a platform for young Maldivian artists.

The event was concluded on Saturday night.