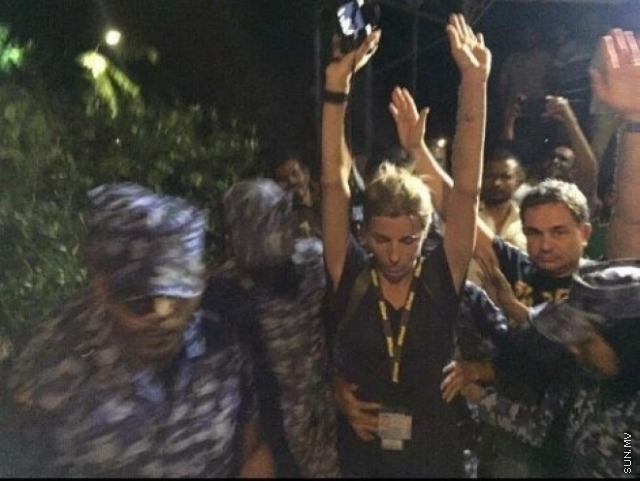 Department of Immigration and Emigration has decided to make journalists and photographers visiting the Maldives to work to undergo a security screening.

Immigration said that the security screening would be done before the VISA is issued to them so they would have to submit the security form, which is available on the Immigration website, with their VISA application.

It is unclear as to why the Immigration made the decision.

Two foreign journalists covering an event of the Maldives United Opposition (MUO) were arrested month and was later deported.

Article 10-A of the Immigration Law bans anyone who enters the Maldives on a tourist VISA from working/or be employed. Article 613 of the new penal code states that doing something that requires a permit from a state entity without the permit of the said entity is a crime.