Dunya: Women need to be voted for and not be mere voters 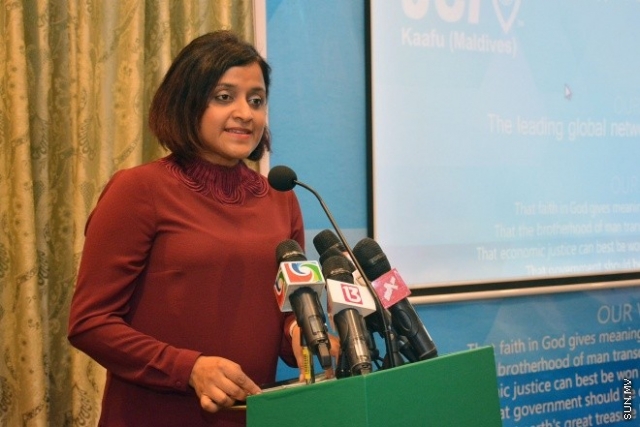 “Offer a platform for a woman to speak, and she speaks for the many women whose voice have gone unheard. Empowerment of women is transformative; women are agents of change and the society thrives through effective participation of women.” Minister Dunya said.

The Minister said that this is the time to approach the policy phase for the United Nation’ goal for 2020, “Planet 50:50” with a gender perspective.

“For this to happen, we need to ensure that women’s voices are heard; women need to be voted for and not be mere voters. Indeed, a greater percentage of women need to be elected and appointed to decision-making positions. Most importantly, we need to ensure that there is affirmative action in place. Why? Because it will not happen naturally.” Minister Dunya said. “However, to bring a paradigm shift to mindsets of age-old stereotyping, we need to cultivate a culture that advocates women’s participation in the halls of the parliament and political offices. Prejudice needs to be discarded, once and for all!”