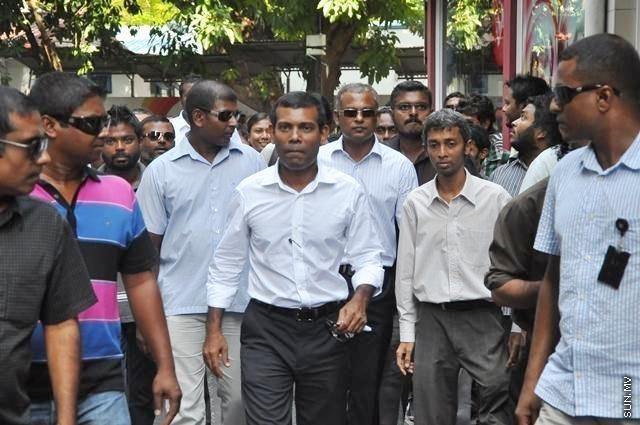 Independent Institutions Committee has requested Human Rights Commission of the Maldives (HRCM), Police Integrity Commission and Prosecutor General (PG) to investigate Nasheed’s allegation that attempts took place to assassinate him on 7 February, the day of his resignation.

At yesterday’s Committee meeting where HRCM, PG and Police Integrity Commission were present, Gafoor asked, “Did you know that some people tried to kill the former President of Maldives Mohamed Nasheed?”

Prosecutor General Ahmed Muizzu replied, “No, I had no idea. Haven’t heard anything like that.”

Hamid Abdul Gafoor referred to Prosecutor General’s Act and said that PG should order the investigation of any crime as soon as information of a crime is received.

Article 15 (f) of PG Act states that if a complaint regarding a crime is submitted to PG, or if PG is informed of a crime in any other way, PG should order an investigation into the case.

Chairperson Nasheed replied to Gafoor by saying that each institution should look into the ‘follow-up’ of the cases, and act accordingly.

“As none of the institutions present here have heard allegations that there was an attempt to assassinate the former President, I request you to look into this matter,” Nasheed said.

Former President Mohamed Nasheed said at a press conference held at Dharubaaruge on 6 March 2012 that plans were being made to assassinate him or give him to the masses for torture on 7 February while he was in MNDF Headquarters. Nasheed has made similar allegations in several MDP rallies since then.