Building in Maafannu damaged in fire 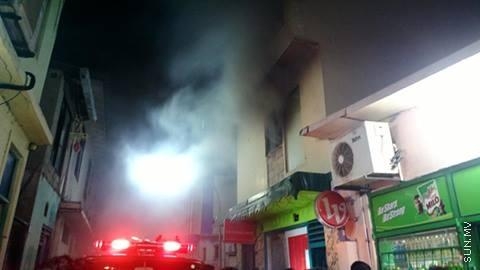 A building in Male', Maafannu Gadhakoalhimaage, was damaged in a fire tonight.

Police said the fire, which originated on the building’s first floor, was brought under control by Maldives National Denfence Force (MNDF) Fire and Rescue officers within half an hour from arriving on the scene.

The six-floor building has day-rent rooms on the first floor and a café on the ground floor. No casualties were reported due to the fire.

Police have not commented on the cause of the incident.