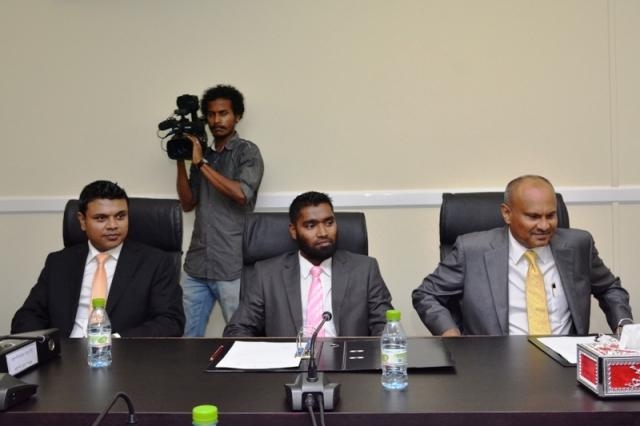 Nala Fehi Male’ program was initiated by Male’ City Council and handed over to a private group, for keeping Male’ clean and green.

PPM said in their statement, signed by three councillors, that deception was involved in the process of finalising and signing the agreement with Business Image Group (BIG) regarding Nala Fehi Male’ program.

PPM said that under this agreement, half of Thaisey Koshi, which is under the supervision of Male’ City Council, was released to BIG to be used as a nursery for Nala Fehi Male’ program.

Male’ City Council had also decided to provide land to store cleaning vehicles, and to provide accommodation for staff employed to keep Male’ clean under this program, said PPM.

A statement issued in response by Male’ Mayor Mohamed Shihab and six MDP councillors states that the 100 people to be employed under this program would be Maldivians, who would not require City Council to provide them accommodation.

MDP said that City Council had not decided to give any land to any party.

The statement further states that detailed discussions had taken place between BIG and City Council regarding maintaining cleanliness in the streets of Male’, which was followed by revision of the council's 2011 agreement with BIG, and a new agreement being signed on 1 February 2014.

MDP highlighted that the decision to award the project to BIG was supported by PPM councillors and passed by majority of the council.

Election can proceed although lists not endorsed by all candidates: Supreme Court