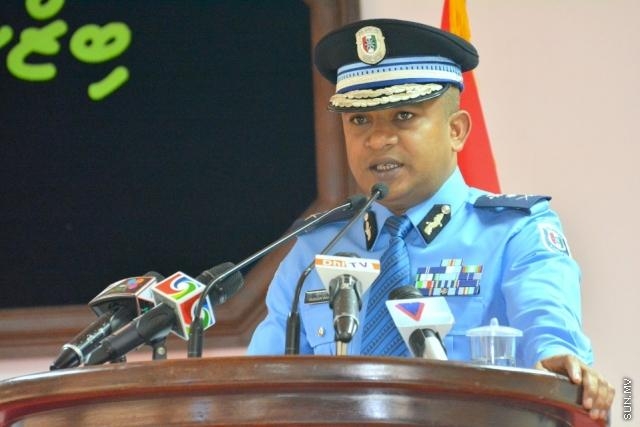 Commissioner of Police Hussain Waheed has said that the different bodies of the Maldives Police Service is working to ensure that the 22 March parliamentary election is held in a peaceful and conducive environment.

Police commissioner made the statement while speaking at an event in Iskandar Koshi today to announce the yearly objectives of the Maldives Police Service for 2014, which also includes making the parliamentary election a success.

“There is a lot of dedicated work ongoing within the different bodies, in different levels of the organization. We hope that the parliamentary election, similar to the presidential election, will be concluded successfully and peacefully,” Commissioner Wahed said.