Biden: No expectations for Democrats on trade 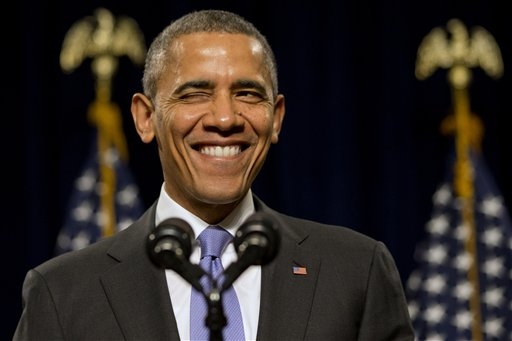 Biden, during a private question-and-answer session with lawmakers from his own party, explained the Obama administration's national trade priorities in detail, the vice president's office said. But a Democratic aide said Biden also acknowledged that lawmakers don't plan to act now to give Obama the leeway he's seeking.

Many Democrats join with labor unions in opposing lowered trade barriers, which they worry will cost jobs due to increased competition.

Complicating Obama's hopes of bringing the Democrats around are the upcoming November congressional elections. Lawmakers will be careful to avoid measures that could hurt their prospects of re-election.

A key topic will be progress on the Trans-Pacific Partnership trade talks, which are designed to expand trade among 12 countries in the Americas, the Pacific and Asia. The agreement has been seen as a vehicle to update the 20-year-old North American Free Trade Agreement among the U.S., Canada and Mexico.

The trans-Pacific trade pact is a key part of Obama's effort to strengthen U.S. engagement in Asia.

The policy took a hit last month when the top Democratic senator, Harry Reid, announced that he opposes the fast-track authority, which would require Congress to act on the trade deals negotiated by the administration by a yes-or-no vote, without the ability to make any changes.

That has put Obama in the rare position of having more support for a key policy among his political rivals, the Republicans, than from his own party.

Obama made no mention in his public remarks of his request for fast-track authorities on the trade deals.

He did urge Democrats to keep working for an overhaul of the immigration system, even though Republican leaders have all but ruled out passage before the November elections. Obama insisted some Republicans — eager to court Hispanic votes — want a deal.

"But they're worried, and they're scared about the political blowback. And look, everybody here is an elected official and we can all appreciate the maneuverings that take place, particularly in an election year," Obama said.