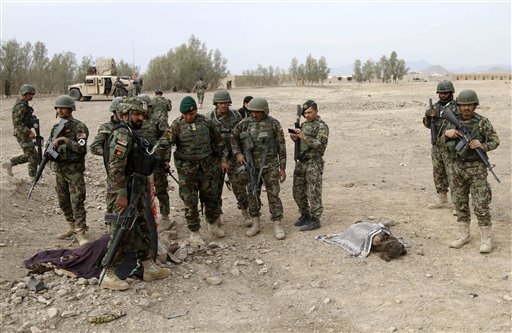 WASHINGTON (AP) — The Pentagon says that shortly after two U.S. soldiers were gunned down by two men wearing Afghan army uniforms in eastern Afghanistan, Taliban insurgents attacked the district center where the Americans had been operating.

The scenario as described Friday by a Pentagon spokesman, Navy Rear Adm. John Kirby, appeared to leave open the possibility that the machine-gun attack that killed the two Army Special Forces soldiers Wednesday was coordinated with the Taliban.

Kirby said he would not speculate on whether the two events were connected. The matter is being investigated jointly by American and Afghan officials.