Nasheed must be penalised for detaining Judge Abdulla: Dr Jameel 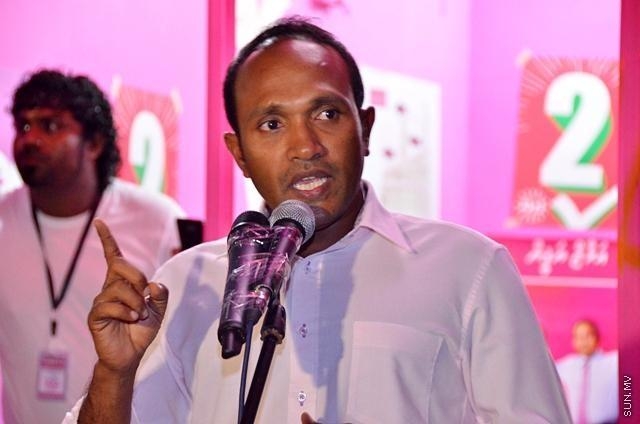 Dr Jameel made this remark while addressing the people of Haa Alifu Kelaa last night, as part of PPM’s ongoing campaign.

“I will only believe that the rule of law is enforced in the Maldives when the court sentences Nasheed for detaining Judge Abdulla. No one should doubt that this will happen. Nasheed must also be penalised for fraudulently selling the airport to GMR, the serious acts of corruption he committed, and the MVR 5 billion he stole while he was president,” he said.

Dr Jameel said that the people behind the acts of terrorism, who incited attacks on the police and the military and set fire to court and police buildings, will also be prosecuted and given long-term sentences in the near future.

He said that Maldivian Democratic Party (MDP) was behind the murder of Dr Afrasheem Ali, and called on Maldivians to think about the fact that son-in-law of MDP’s Hulhi-Heneviru MP Reeko Moosa Manik, Abdulla Javid, is being investigated for this crime. He said that MDP cannot return to power for these reasons.

We should not let any foreign party interfere in our affairs: President