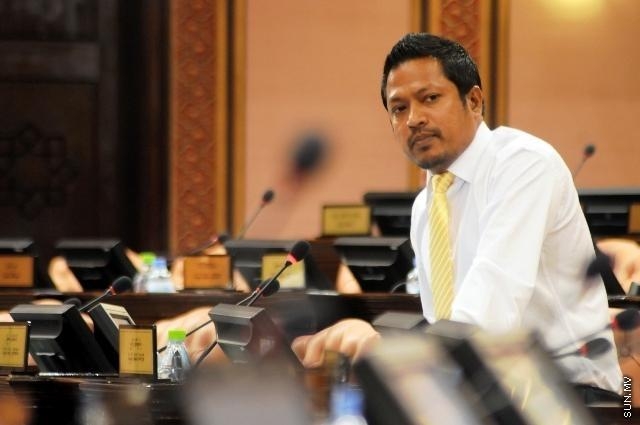 Maafannu-north MP Imthiyaz Fahmy has submitted a bill to the parliament requesting to nullify Article 81 of the Penal Code, under which former President Mohamed Nasheed was charged for arresting Chief Judge of Criminal Court Abdulla Mohamed.

The title of the bill was presented in parliament today.

Article 81 of the Penal Code, which came into effect 47 years ago, states that it shall be an offence to detain innocent persons in a manner contrary to the law, and that persons found guilty of this offence shall be subjected to exile or imprisonment for a period not exceeding 3 years or a fine not exceeding MVR 2,000.

The bill also requests to nullify Article 75 and Article 87 of the Penal Code.

Article 75 states that anyone who institutes a claim against another person without lawful ground, and with the intention to cause inconvenience, loss or injury to that person, shall be subjected to a fine not exceeding MVR 200.

Article 87 states that anyone who fails to provide assistance to any public servant in execution of his public duty shall be subjected to punishment of exile or imprisonment not exceeding 6 months or fine not exceeding MVR 500.

Following the decision by Dhivehi Rayyithunge Party (DRP) to support Maldivian Democratic Party (MDP), MDP now has majority in the parliament. Since then, MDP has filed bills to change articles under which MPs of MDP have been charged for various crimes, including the article regarding the sentence for refusing to provide urine samples.

Court to conclude case against MP Hamid on Thursday, in absentia if necessary