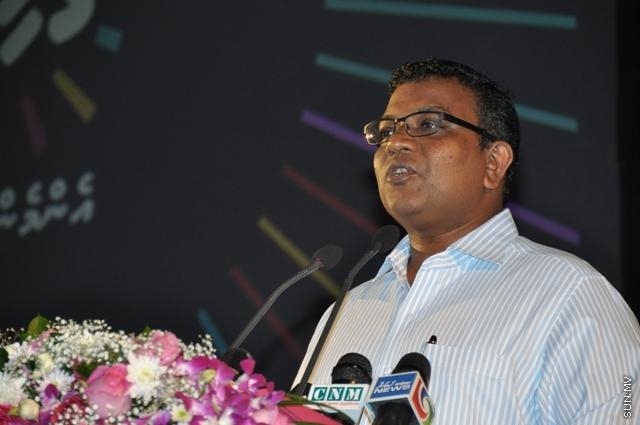 Minister of Economic Development, council member of Dhivehi Rayyithunge Party (DRP) Ahmed Mohamed (Andey) has said that efforts were made by former president Mohamed Nasheed, during his presidency, to make Maldives an economic slave of an influential foreign company.

Andey made this remark while speaking at a rally held at Carnival area by the Progressive Party of Maldives and Maldives National Alliance (PPM-MDA) coalition last night.

Andey said that the number of students taking the GCE O’level exam had also gone down by a significant number by the time Nasheed resigned.

“By the time Nasheed resigned, the value of Maldivian Rufiyaa had been decreased by 32 percent, which means that a commodity which earlier cost MVR 100, cost MVR 132 by the time he resigned,” he said.