Locals will have access to Kuda Bandos after developement: Tourism Minister Adheeb 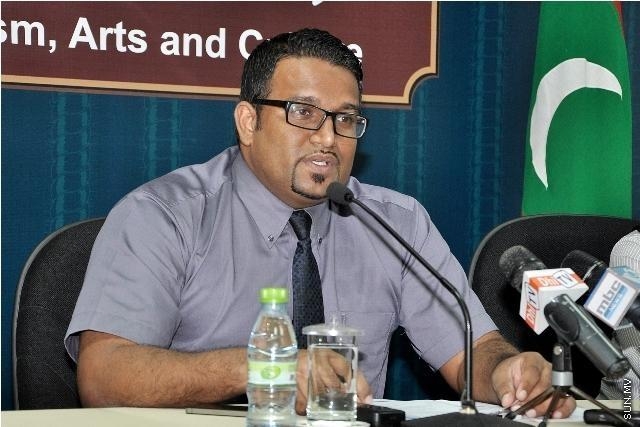 Minister of Tourism, Arts and Culture Ahmed Adheeb has stated that Kuda Bandos, the local picnic island near the capital Male’, will be open to the public even after development.

Kuda Bandos, the only picnic island near the capital, has stayed accessible for the public for years.

Speaking to Sun, Minister Adheeb said that development of the island will include the establishment of certain tourist facilities and will be carried out through a joint-venture company established with the government.

“We don’t want to renew the agreement every two years. Now it is to be handed over through the Tourism Act and the rent will be paid just the same as the resorts,” Minister said.

He said that Maldivians will have full, unrestricted access to the island, even after development.

“After development, safari boats can go there with tourists. It will be developed so that everyone will have the opportunity. The tourist facilities will be established to make it easier for the tourists who visit,” Adheeb said.

He said that the new facilities will modernize the island and increase the government revenue.

Kuda Bandos has been owned by Vice President Mohamed Waheed Deen for a number of years. The island was recently opened for bidding and on 16th of November last year, Waheed Deen won the island for a second time. Waheed Deen alone had proposed for the island last year.

The island was previously leased for $6000. Vice President Waheed Deen won the island for a second time for an average rent of $180,582.