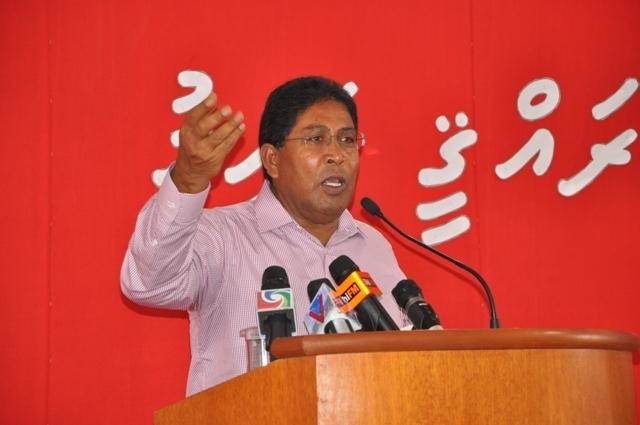 Parliament Committee on Independent Institutions has been asked to look into Judicial Service Commission member Gasim Ibrahim’s comments that there is no truth behind the alleged sex video involving Supreme Court Judge Ali Hameed.

The issue was submitted to the parliament committee yesterday by Maafannu-North MP Imthiyaz Fahmy.

MP Fahmy told Sun today that Gasim’s comments regarding the “nude video issue” is proof that he is biased, particularly at a time when the Judicial Service Commission (JSC) and the police are both investigating the matter.

A letter by MP Fahmy to the parliament accused Gasim Ibrahim of going against the regulations of the JSC and infringing the independence and freedom of the commission.

Speaking at a campaign event in Thaa Hirilandhoo last Saturday, Gasim Ibrahim stated that the alleged video regarding the Supreme Court Judge is false and holds no truth.

He said that the whole scheme was fabricated and that it is a deliberate attempt to blackmail the Supeme Court judge.