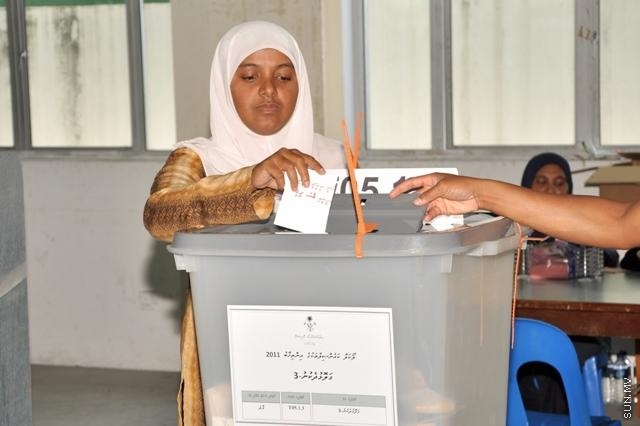 Elections Commission has said that they will place a total of 459 ballot boxes for the presidential election this year, a reduced number from the initial estimate as some tourist resorts do not want boxes placed on their islands.

The commission had earlier said that a total of 556 ballot boxes will be required for the September elections, an addition of 100 compared to the amount placed for the presidential election of 2008.

Detailing their plans, Elections Commission (EC) President Fuad Thaufeeq said today that ballot boxes will be placed in all inhabited islands, some tourist resorts, all prisons and detention centres around the country, and some foreign countries where they have a sizable Maldivian population.

“Our earlier prediction was that we’d have to place about 100 ballot boxes to cover the resorts. But we’ve now decided to place ballot boxes in just 56 resorts because some of them do not want boxes placed on their islands. As an alternative, we’ll place boxes in the islands closest inhabited island and they’ll send their employees (to vote),” Fuad Thaufeeq said.

The EC President said that they have also decided to place boxes in Colombo in Sri Lanka; Trivandrum and New Delhi in India; Kuala Lumpur in Malaysia; Singapore; and London in the UK.

“In placing ballot boxes abroad, we’ve considered places where a minimum of 100 people is predicted to register. We’ll open for registrations tomorrow. A total of 6 boxes will be placed in 5 countries,” Fuad said.