Artur brothers issue:
"I was not aware that they are that dangerous" 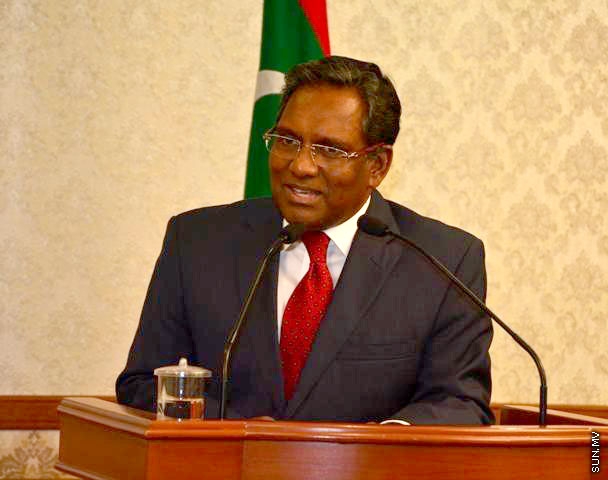 President Dr. Mohamed Waheed Hassan Manik has said that he had received information regarding the two Armenian men, the Artur brothers.

The Artur brothers are believed to be two conmen suspected of drug trafficking and other illegal activities in different countries around the world.

Speaking at a press conference held in the President’s Office this morning, President Waheed said that he has received information regarding the two men, but said that the information he received was only to the extent that is already known by the public.

“I can’t even say that word properly yet, whether its Artoor or Artur. Anyway, I know just as much as you do, that these people are in the Maldives. I am also looking into the matter. This information started circulating when I was out of the country,” said the President, speaking at the press conference held this morning following his visit to Kuwait from 30th March till 3rd of April.

“Usually I get information from intelligence to the extent that they know about the things that happen in Maldives. Through this, I know that they are in the Maldives, but I am not aware that they are carrying out any illegal activities,” the President said.

He said that considering the information he has received from the intelligence services, he is not aware that they pose a danger, particularly to the extent that should be abruptly deported.

A letter sent by the Tourism Ministry to the Department of Immigration requesting visa for the Artur brothers was recently leaked and circulated in social media networks. The police had also said that they had informed the government in January that the Artur brothers were in the Maldives. Members of the Parliament have also expressed concern over senior politicians having connections with the notorious conmen, saying that it is a threat to national security.