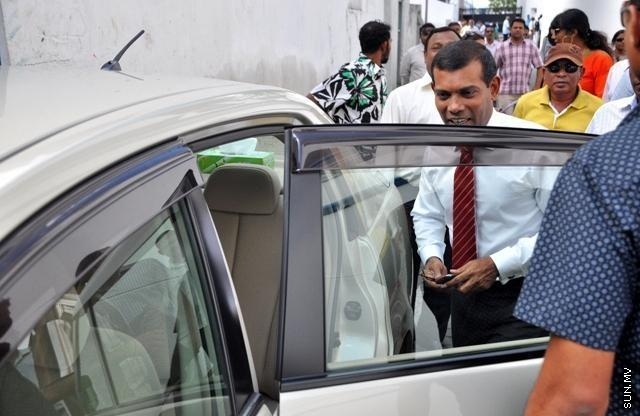 Former President Mohamed Nasheed’s legal team has appealed at the High Court to postpone Nasheed’s trial until the end of the upcoming presidential election. Nasheed is being tried for the illegal detention of a Criminal Court judge during his presidency.

“We have previously asked the Hulhumale’ Court to postpone the trail until the end of the election. PG has said that he has no objection to postponing the trial. We believe that president Nasheed’s trial is tied to the nation’s interests, and so we have appealed the case in High Court today,” Mariya said.

Mariya also said that they had earlier made the same appeal in the Supreme Court but said that the court had rejected the case saying that it was constitutional issue and had asked to follow due procedure.

The Hulhumale’ Magistrate Court bench presiding over Nasheed’s case earlier said that Nasheed has not yet been officially declared as a presidential candidate by the Elections Commission and thus, he cannot yet be considered a presidential candidate. The bench then decided request to postpone the case until the end of the election cannot be heeded.

High Court has not yet confirmed whether they have accepted former President Nasheed’s appeal.