Will generate $400 million as income from fisheries to the State: Gasim 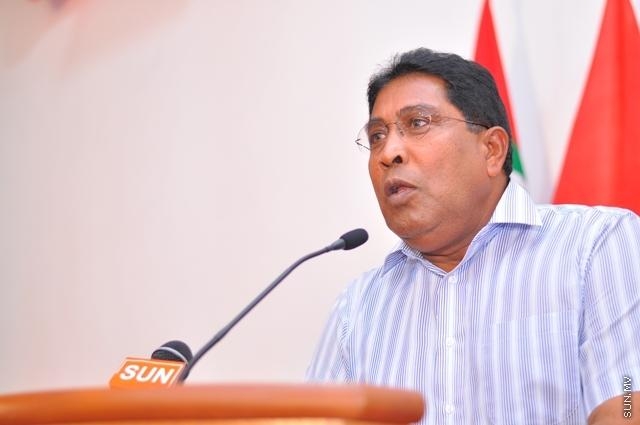 Presidential Candidate of Jumhooree Party (JP) Gasim Ibrahim has said that a JP government would expand the fisheries sector and facilitate the generation of $400 million as income from fisheries to the State.

Gasim said this while speaking at a JP campaign rally in Fuvahmulah last night.

He said that tourism is the mainstay of the Maldivian economy, and that a slight decline in the tourism industry could result in serious consequences for Maldivian citizens; and that more focus should therefore be put on developing the fisheries industry.

He said that a JP government would introduce more fishing vessels and through its efforts to expand the fisheries industry, it would general $400 million as income from fisheries to the State.

He said that this would also lower the price of US Dollars.

Gasim said that the government does not have enough funds to cover its expenses because of corruption and that more money goes into people’s pockets that the amounts actually spent on developmental projects. He said that JP would do everything possible to fight corruption.

At last night’s rally, Gasim also shared information on the developmental projects for Fuvahmulah planned for a JP government.