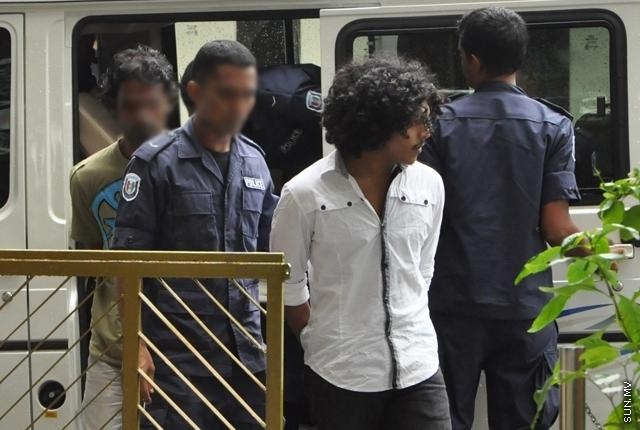 Ibrahim Shahum Adam has been convicted of attacking Mohamed Hussain of M. Beauty Flower with a sharp object, and has been sentenced to life imprisonment today. Mohamed Hussain had died while being treated for his wounds.

The sentence given by Criminal Court today states that Shahum was charged with terrorism following clashes between Bisburu Team and Petral Team during a football match at Maaziya Stadium at around 4:45 pm on 30 July 2010.

The sentence states that Shahum and a group were suspected of attacking Mohamed Reehan, Madhih Mohamed and Mohamed Hussain using sharp objects; however, the attacks on Reehan and Madhih could not be proved in court.

The attack on Mohamed Hussain which resulted in serious injuries, however, was proved following witness testimonies.

Mohamed Hussain died at 6:00 pm on 31 July 2010 while being treated for the injuries caused by Shahum and the group.

Meanwhile, Shahum has also been charged with the murder of Ahsan Basheer of Varudheege, S. Hithadhoo in 2011.