Nasheed: Will not back President Solih if defeated in primary 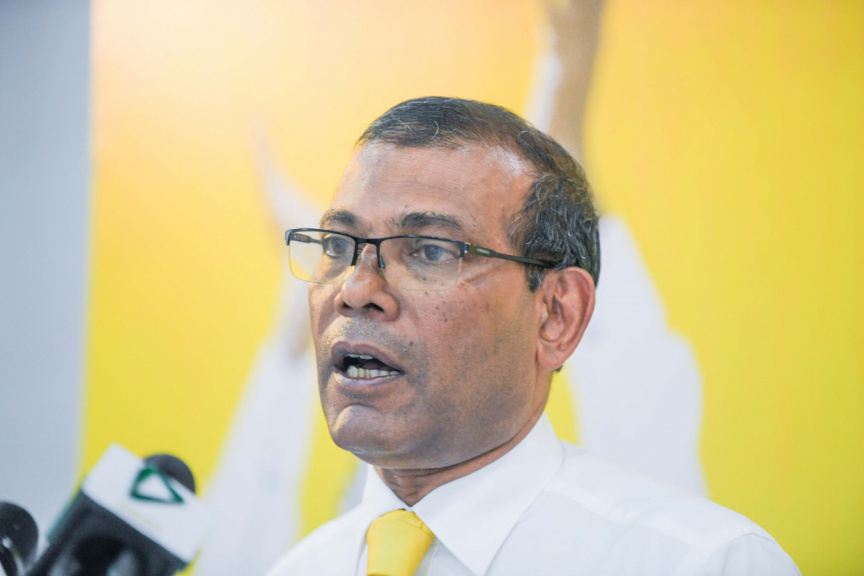 Maldivian Democratic Party’s (MDP) leader, Parliament Speaker Mohamed Nasheed, on Monday, stated that he would not back President Ibrahim Mohamed Solih in the upcoming presidential election if he is defeated MDP’s presidential primary.

Nasheed is presently touring islands as part of his campaign for MDP’s presidential primary scheduled for January 28th.

An individual posed a question to Nasheed during a meeting with supporters on one these trips – inquiring whether he would back President Solih or opposition PPM-PNC coalition if he loses the primary.

“Will not back PPM, that with 100 percent surety. But will not also back President Ibrahim Mohamed Solih either,” Nasheed responded.

When a further comment was sought – Nasheed said gave a cryptic response along the lines of “going home alone”.

He also repeated his allegations of members being removed from MDP’s registry at the order of President Solih. On this note, he said that 39,000 members were removed as they may vote for Nasheed which included his brother Dr. Ahmed Nashid and his former spouse Laila Ali have been removed from the MDP membership register.

Refuting these allegations, MDP’s deputy chairperson Ibrahim Waheed (Iburey) said that only members registered to other parties were removed.

MDP’s presidential primary which has 57,255 has deepened the divide between the party as some members rally behind Nasheed, while the others, President Solih. Both leaders of the party have demonstrated heated exchanges in the course of their campaign for the primary, each claiming MDP could not win the presidential election if the other one wins the primary.