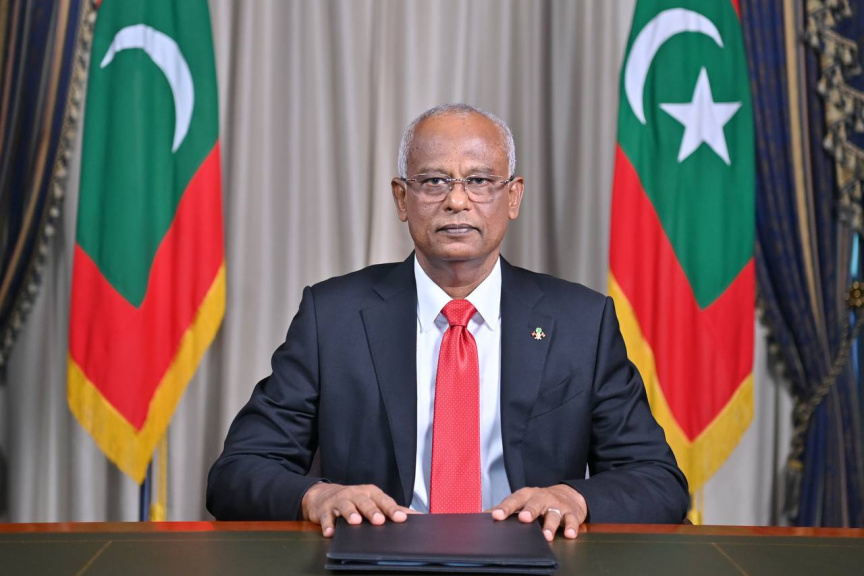 Underscoring that neither policies enacted by the administration alone nor the efforts of a single institution can eliminate corruption – President Ibrahim Mohamed Solih, on Friday, has called for the collective efforts of every citizen and the whole community against corruption.

He made the remark in a statement delivered to the nation on the occasion of International Anti-Corruption Day, annually marked on December 9.

In his statement, the President underscored the prevalence of corruption on a global level, stating it affects all socioeconomic fronts of the country. He stressed that delays in addressing corruption would result in far-reaching impacts on national growth, people's financial stability, and communal peace.

The President detailed establishing a reliable reporting mechanism and improving transparency and accountability in administration and public finance management as one of the most impactful ways to combat corruption. In line with this, he underscored the importance of ensuring that relevant institutions have the autonomy and authority to investigate cases involving corruption.

President Solih also expressed his displeasure at even the most minute act of corruption and reiterated that government offices and institutions are constantly reminded to adhere with transparency and accountability to public finance laws and regulations. He also advised the public to continue reporting all acts of corruption.

Emphasizing that efforts of the administration to eliminate corruption require the full support and assistance of the people – he stated that the road to eliminating corruption begins at the individual level and within the family and society.