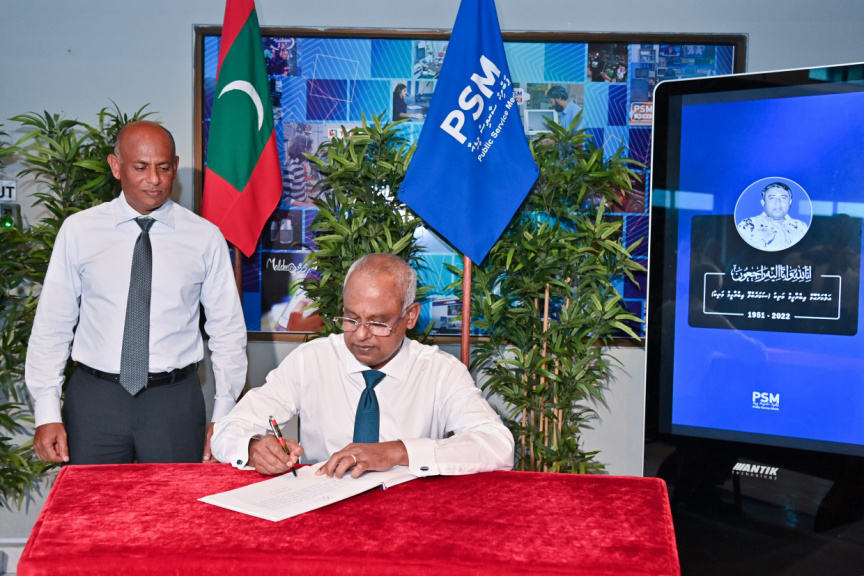 In his message, President Solih underscored the dedicated service history of the late Ibrahim Manik and described his passing as a significant loss to the nation. He stated that Ibrahim Manik set an excellent example during his 27-year-long service.

He further noted that Ibrahim Manik was instrumental in promoting the local entertainment industry and noted his role in the progress of television and radio broadcasting in the Maldives.

Ibrahim Manik passed away on November 30, at the age of 72, whilst being treated at a hospital in Bangalore, India. He had been ill for a long time prior to this.

Ibrahim Manik dedicated most of his life to the broadcasting industry. He worked as the English secretary, program planner, and producer for Radio Maldives. In DRA, he served as a program producer, assistant director, deputy director, and director.

During his 27-year career in the industry, he also served as the director general of broadcasting at the Department of Information and Broadcasting.

In 2022, he received the Broadcast Lifetime Achievement Award conferred by BroadCom for his invaluable services to the industry.