Nasheed: President Solih ruling against wishes of the people 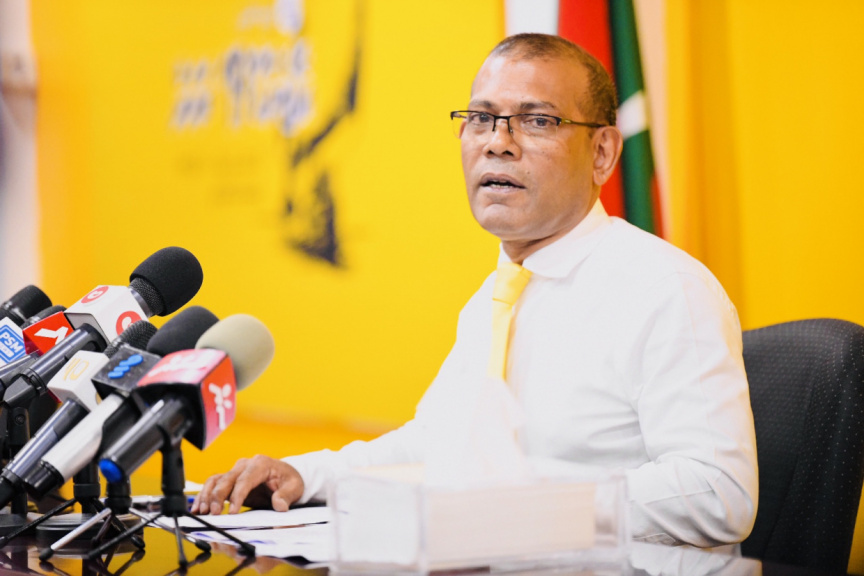 Despite the electoral pledge by Maldivian Democratic Party (MDP) to hold a constitutional referendum to decide on switching to a parliamentary system of governance, President Ibrahim Mohamed Solih is currently running the government against the wishes of the people, states MDP leader and Parliament Speaker, former President Mohamed Nasheed.

Nasheed, who has announced his intention of running in the MDP primary for the 2023 presidential elections against President Solih, travelled to GDh. Thinadhoo to launch his campaign Friday.

Speaking at a rally Friday evening, Nasheed said the decision by President Solih to run the government without holding a referendum was “a big mistake”.

He asked President Solih to hold the referendum “as was decided by the people”.

“I am calling for government to be run based on what the people want. The government must be composed based on what the people decide. I told the president that I wished for him to prioritize this when he began his administration. There are many inconsistencies in this. These inconsistencies will ultimately prove an obstacle to our development,” he said.

Nasheed said that MDP’s manifesto, which the coalition partners had endorsed, called for a referendum within the first 18 months of the administration.

It isn’t wise to make new pledges without first delivering the electoral pledge to hold the referendum, he said.

All government coalition leader except for Nasheed have since rejected plans to switch to a parliamentary system, citing that the current political and economic climate did not accommodate such a significant change.