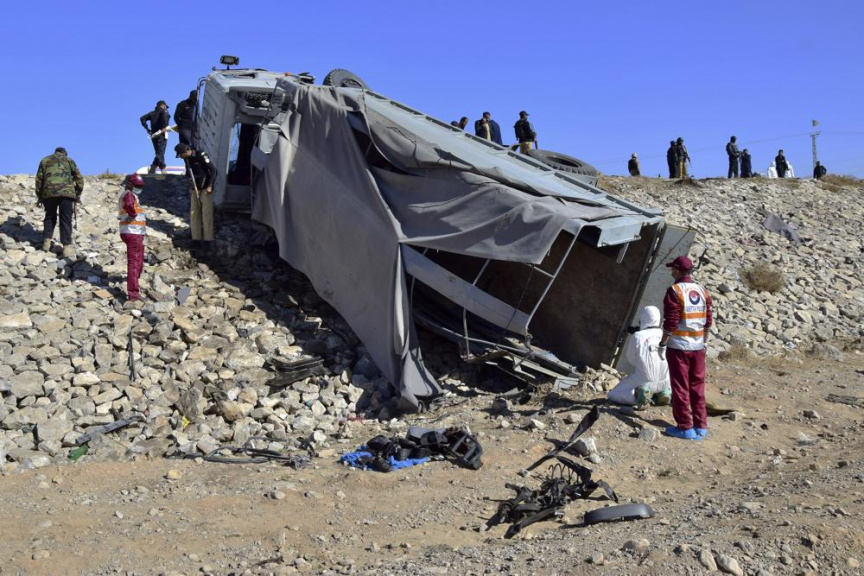 ISLAMABAD (AP) — The United States has added a key anti-Pakistani militant group and its al-Qaida branch to its list of “global terrorists,” triggering sanctions against the groups amid a resurgence of militant violence in this Islamic nation.

Both groups operate from Afghanistan, but they have hideouts in Pakistan’s former tribal regions in the northwest and elsewhere as well.

Thursday’s announcement by the State Department comes days after the Tehrik-e-Taliban Pakistan, known as TTP, ended a monthslong ceasefire with Pakistan and resumed attacks across the country.

The threat issued by the TTP forced Pakistani authorities to take additional measures, and security was tight on orders from the Interior Ministry outside worship and other public places Friday amid fears of more attacks. TTP has asked its fighters to target security forces across the country. Pakistani Taliban were behind the 2014 attack on a Peshawar school that killed 147 people, mostly schoolchildren.

The State Department said that on Wednesday it designated TTP and al-Qaida in the Indian Subcontinent as “Specially Designated Global Terrorists.”

The agency’s statement said the U.S. is “committed to using its full set of counterterrorism tools to counter the threat posed by terrorist groups operating in Afghanistan, including al-Qa’ida in the Indian Subcontinent (AQIS) and Tehrik-e Taliban Pakistan (TTP)” to keep militants from using Afghanistan as “a platform for international terrorism.”

“As a result of these actions,” the statement said, “all property and interests in property of those designated (Thursday) that are subject to U.S. jurisdiction are blocked, and all U.S. persons are generally prohibited from engaging in any transactions with them.”

The United States also named four members of TTP and al-Qaida in the Indian Subcontinent Osama Mehmood, the head of the al-Qaida branch, Yahya Ghouri, the deputy chief of al-Qaida’s branch, and Muhammad Maruf, who is responsible for recruitment for the group.

In a statement, TTP denounced the U.S. measures, describing it as a “sad” announcement. It asked Washington not to interfere in the affairs of other countries. The group said it did not need the use of Afghan soil for attacks in Pakistan, where the TTP claimed it enjoyed the backing of tribal people.

The latest measures by the State Department come days after Pakistan’s new army chief, Gen. Asim Munir, took command of the military amid a spike in militant attacks on security forces and police in the country. He replaced Qamar Javed Bajwa, who retired on Nov. 29 after completing his six-year extended term as the army chief.

One of the key challenges faced by Gen. Munir is how to respond to the threat from TTP.

Al-Qaida founder Osama Bin Laden was killed in a U.S. Navy SEALs operation in May 2011 in his hiding place in the garrison city of Abbottabad, not far from the capital of Islamabad, and TTP emerged after Pakkistan became a key ally of the United States in its war on terror after the Sept. 11, 2001 attacks.

There was no immediate comment from Pakistan, but the latest development comes after Islamabad asked the Taliban in Afghanistan to prevent TTP from using their soil for attacks inside the Islamic nation. The demand from Pakistan came after a suicide bomber dispatched by TTP blew himself up near a truck carrying police assigned to protect polio workers in Quetta, the capital of southwestern Baluchistan province.

TTP has claimed responsibility for the attack, which has drawn nationwide condemnation.

The Pakistani Taliban are a separate group but allied with Afghanistan’s Taliban, who have ruled their country since the U.S. and NATO troops withdrew last year. The Taliban takeover in Afghanistan emboldened their Pakistani allies, whose top leaders and fighters are hiding in the next door country.

US reunites kids taken from parents under Trump