Major changes planned for the design of Hulhumale’ roads, including new lanes 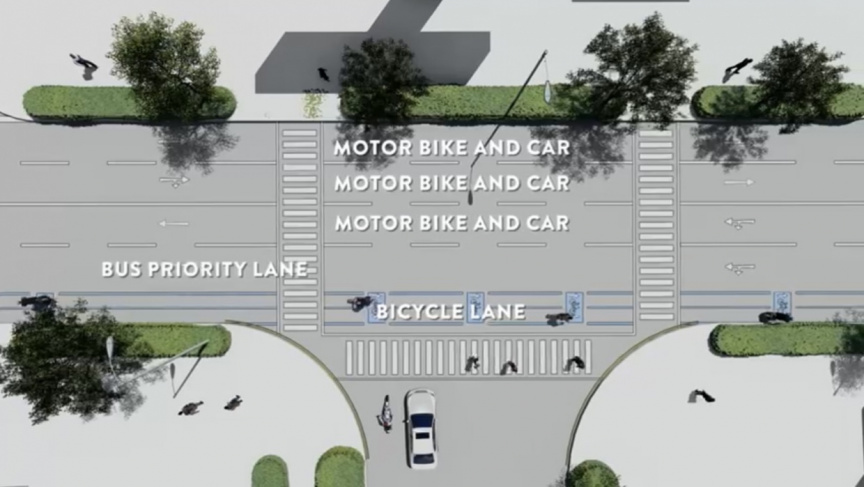 Housing Development Corporation (HDC) has revealed its decision to make major changes to the design of Hulhumale’ roads.

These changes planned to Hulhumale’ roads are in accordance with the transport masterplan formulated in 2015.

HDC has already begun drawing the lanes on Hulhumale’ roads, including Nirolhu Magu, which is considered the main road in Hulhumale.

In this regard, there will be lanes specialized for buses, motorbikes and bicycles respectively.

As per HDC, these changes are being brought to catch up Hulhumale’ roads to global standards and ease the traffic difficulties with the increasing population of the suburb.

Larger roads in Hulhumale’ has 13.2 meters in width. With divisions of the roads into four lanes under a new plan – HDC states that four types of vehicles will be able to simultaneously drive on the road.

Parking will be banned on roads with four lanes.

However, HDC said that they are establishing parking facilities for residents living in flats and houses in Nirolhumagu to address any difficulties they may face due to the parking ban.

They also noted that directional signs have been painted on the road to make it easier for pedestrians.

HDC expressed confidence that the new changes will make it easier for both pedestrians and motorists in using Hulhumale’ roads.