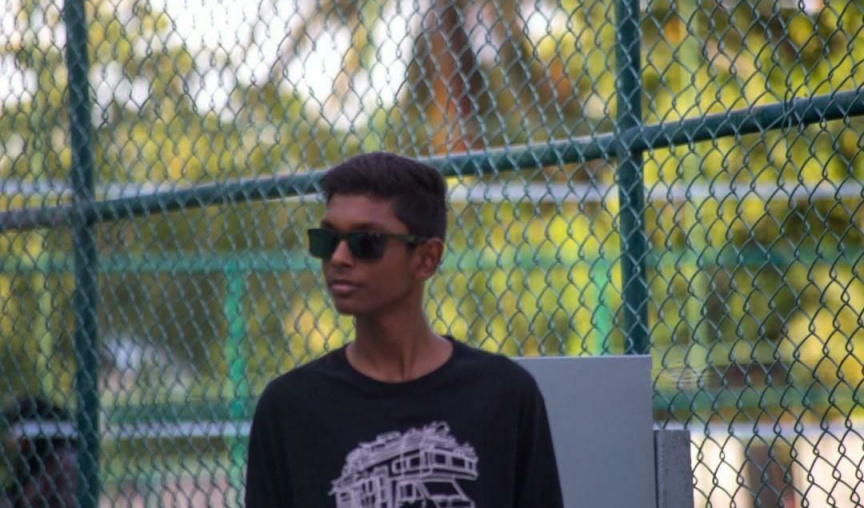 Every individual has some kind of talent within them. Most often, this talent becomes one's closest companion during their free time.

Hussain Haikal, 16, uses any spare time to strengthen his “talent”. But unlike how most spend their leisure hours, he uses household items to invent different machines.

Haikal who is studying in grade 10 this year is from Adh. Dhangethi. As his O’Level examinations are drawing close, free time is hard to come by.

Whenever such an opportunity presents itself, he loves to go to the beach or build things from various electronic items.

“I think this has come from within the family. My father is an engineer, and so from a young age, I have been around him while he is working on different things,” said Haikal, giving a glimpse into what piqued his interest towards this unique hobby.

From a young age, Haikal has “played around” with electronic appliances. Even things around the house such as old washing machines, TVs and so on.

Despite his age, like his father, he is quite skilled in this work. This has now been seen by people across the country.

In a recent TikTok video that went viral in Maldives, a young boy is seen driving around a kart near the harbour of some island.

The boy is Haikail. The kart featured was entirely built by him.

“The idea to build a kart has been there since grade 7. This is something I really wanted to build. But since I was younger and unable to use different tools, was unable to do it then.”

But at last, he has been able to finally colour his dreams of building the kart.

Speaking about the process that kickstarted it, Haikal said that the biggest motivation was getting a pump, which he received from a boat that his father has.

Despite the pump not being in a condition to be used, he was able to fix it after bringing it home.

Apart from the engine, he used a gearbox from motorcycle, and wheels from a wheelbarrow. All the items needed were either at home or broken things he got, that was fixed.

Even the welding work required for the kart was done by Haikal.

The entirety of the project took him only three weeks.

“This was a lot of time. [I] didn’t get time as we are preparing for O’Levels in school. Other spare time also was also spent at school on different things, that is why I took so much time to finish it.”

Haikal has a passion for building different things, including remort flights.

He does intense research before commencing any of these projects. During this process he looked for the cheapest possible methods for building things.

In addition to this, Haikal noted that this was something he intends to continue doing, but has yet to decide if this is the path he will be taking in the future.

Haikal said that building such items was a hobby for him, and one that he will continue into the future.