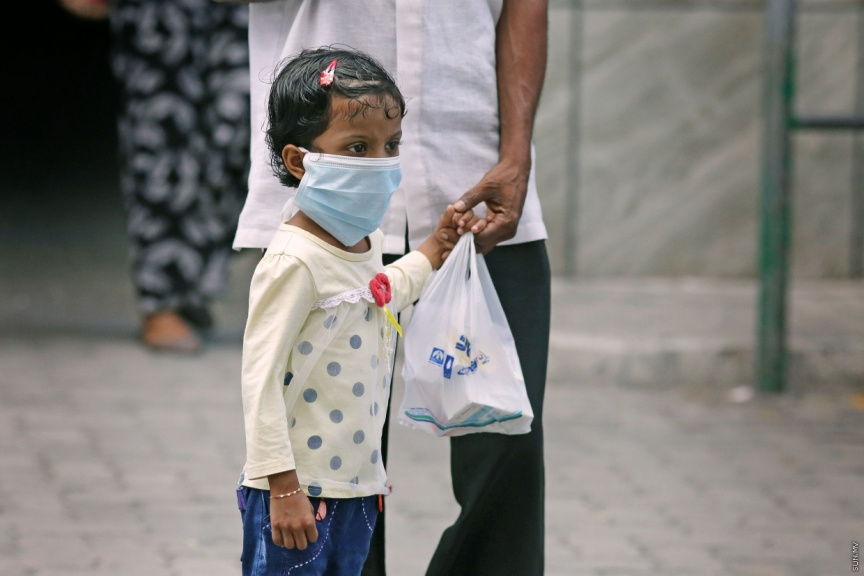 A young child being led out of IGMH. The number of different diseases has been increasing, and HPA has used to be cautious. (Sun file photo)

Health Protection Agency (HPA) on Wednesday stated that a total of 764 cases of hand, foot, and mouth disease have been reported in Maldives this year.

Speaking with Sun, a media official from HPA said that the disease was spreading rapidly, and compared to the past three years, the number of cases has increased.

Furthermore, the official said that over the past two weeks, the cases reported from atolls have increased even more.

On Tuesday, November 22, the Health Protection Agency (HPA) issued a statement urging the public to exercise caution over this disease quickly spreading.

In their statement, HPA noted that hand foot and mouth disease is a contagious disease that is spread through a virus, and though anyone can contact the virus, there is an increased chance of transmission of the disease in places where children gather in crowds.

Symptoms of the disease include fever, headache, mouth sores and skin rash on hands and feet. The rash may turn to blisters later. Other symptoms also include fatigue and loss of appetite.

3,500 reports of diarrhoea and vomiting in Jan