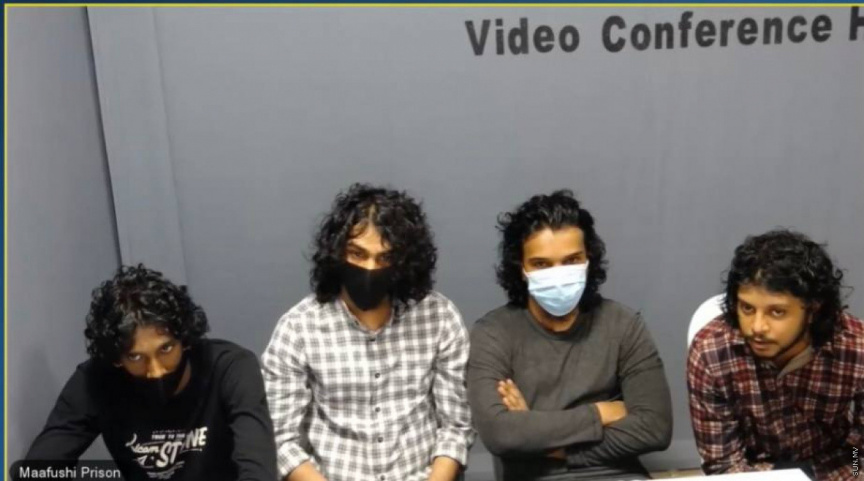 The four men convicted of the murder of Ismail Shaffan Shareef, 14.

The High Court has begun hearing the appeal filed by the four men convicted of the murder of a teenage boy in Male’ City in 2018.

Four men were found guilty of his murder and sentenced to 25 years in prison by the Criminal Court on November 28, 2021.

They had appealed their convictions with the High Court, which, last June, rejected the petition, citing window for appeal had lapsed, and the appellants had failed to provide a credible reason for the lapse.

They appealed the decision with the Supreme Court, which in July, ordered the High Court to accept the appeal, citing it had taken a lot of time for the appellants to receive the necessary paperwork from the Criminal Court.

The four men were re-submited the appeal with the High Court.

At the hearing Wednesday, the lawyers of the appellants presented the points for appeal, while public prosecutors countered the points.

The bench of judges said there were certain inquiries that needed to be made with the lower court in the case.

The bench is set to issue their verdict if the the appellants and the respondent have no other matters to clarify.

Shaffan was attacked outside his residence, G. Rosyge, in Sabdheyriya Magu in Male’, at approximately 02:00 am on October 11, 2018.

He was already dead when taken to the hospital.

Police have stated that Shaffan’s murder was retaliation stemming from serial fights between two rival gangs.