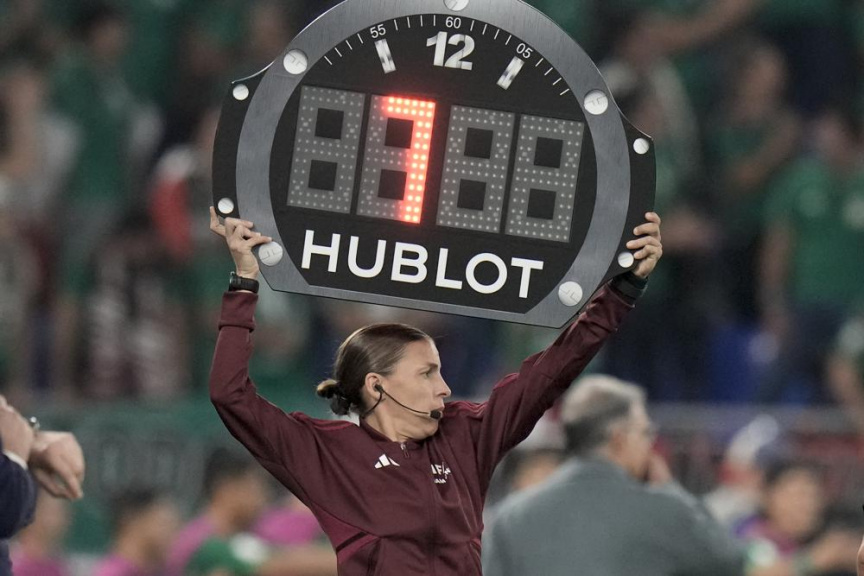 DOHA, Qatar (AP) — Stephanie Frappart of France made soccer history Tuesday as the the first woman to officiate a men’s World Cup match when she took the field as the fourth official in the game between Mexico and Poland.

Frappart, Japan’s Yamashita Yoshimi and Rwanda’s Salima Mukansanga are the first women selected as referees for soccer’s biggest tournament. They were among the 36 total referees for the tournament in Qatar.

Brazil’s Neuza Back, Mexico’s Karen Diaz Medina and American Kathryn Nesbitt are among 69 assistant referees at the World Cup.