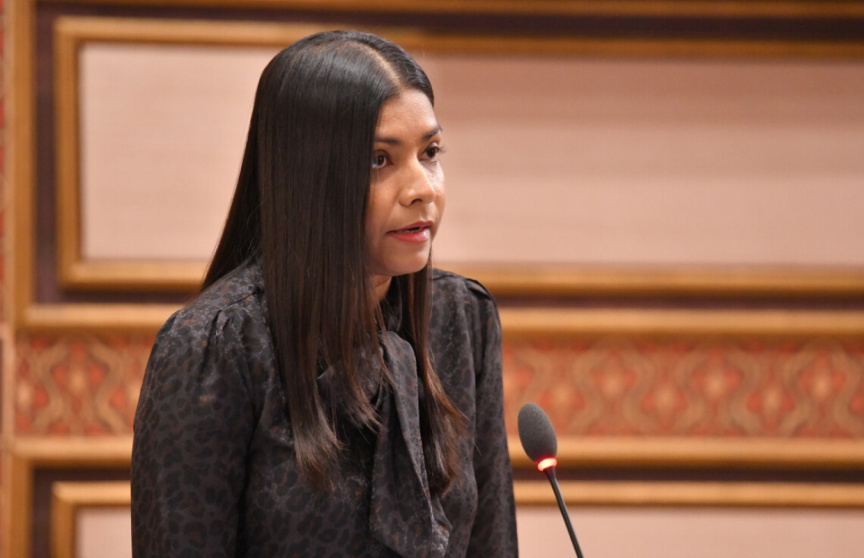 Maldivian Democratic Party (MDP) has called to open an investigation against the people threatening and encouraging to physically harm the party’s Women’s Wing’s president, Addu Meedhoo MP Rozaina Adam, and subsequently take action against them if necessary.

MDP, in a statement on Monday night, called upon the relevant government authorities to investigate the encouragement of violence against MP Rozaina.

The ruling party expressed their wish for everyone to solve differences arising out of political rivalries to be communicated between each other respectively, in a manner it does not pose threats to anyone. They also emphasized that the freedom of expression does not extend to encompass calls for violence against another person.

MDP described one of their main cornerstones as encouraging women to join the political arena, and facilitating them with opportunities within the sector. They condemned the blatant calls urging violence against one of the only four female parliamentarians and the president of the party’s Women’s Wing.

They emphasized that such actions will prevent women from being active in the political arena.

“Encouraging women to join the political arena, and facilitating opportunities in the sector is one of the main cornerstones of this party. We strongly condemn calls for violence against one of the only four female parliamentarians and the president of this party’s Women’s Wing. Our party believes this will obstruct women from being active in the political arena,” the statement read.

Underscoring that MDP was not a political party that encourages violence and criminal offenses – they stressed that the freedom of expression provided under the constitution should be exercised within the confinements of law, and Islamic Shariah.

As a result, members of MDP’s leader Mohamed Nasheed’s faction have been strongly criticizing MP Rozaina via social media and the party’s WhatsApp group.

MP Rozaina signed to MDP on November 21, 2013, after serving as the deputy leader of Dhivehi Rayyithunge Party (DRP). Her husband, Kinbidhoo MP Mohamed Nashiz, also joined MDP at that time, alongside her.