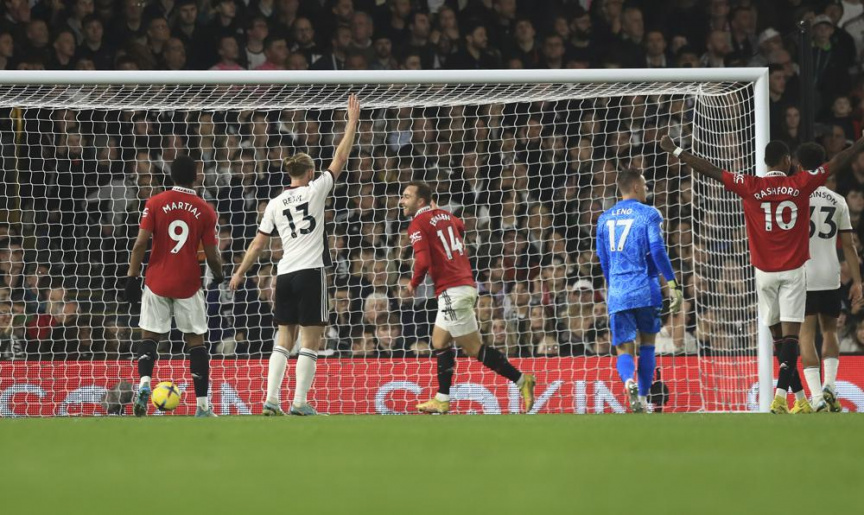 LONDON (AP) — Alejandro Garnacho made sure Manchester United goes into the World Cup break on a high by scoring a stoppage-time winner to secure a 2-1 win over Fulham on Sunday.

In the last Premier League game before the tournament in Qatar, Garnacho came off the bench to score with almost the last kick of the game at Craven Cottage.

The win strengthens United’s grip on fifth place in the standings, with the team having recovered from a poor start under new manager Erik ten Hag to sit three points behind fourth-place Tottenham with a game in hand.

United had gone ahead after 14 minutes when Christian Eriksen capitalized on a well-worked quick break from the visitors before slotting the ball into an empty net.

Despite that early lead, United was unable to fully take control of the game, and the absence of several players — including Cristiano Ronaldo — was evident as Fulham pushed for an equalizer.

And Fulham was rewarded just after the hour mark when former United winger Daniel James turned in a low cross from close range for a deserved equalizer.

However, despite Fulham being the better team for large parts of the game, it was the visitors who claimed the victory when Garnacho played a clever one-two with Eriksen on the edge of the box before running into the area to slot home past Bernd Leno just before the final whistle.

Ronaldo missed a second straight game with an unspecified illness, while United was also without Antony, Jadon Sancho and Raphael Varane.

Fulham, meanwhile, was without star striker Aleksandar Mitrovic due to a foot problem.

Man U flying high after City win and Liverpool loss

Joao Felix sent off on Chelsea debut in loss to Fulham