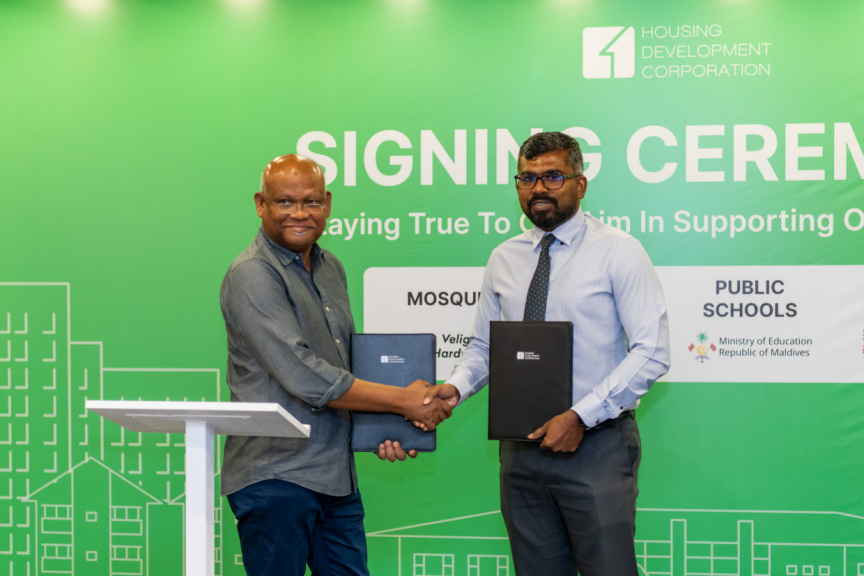 At the agreement signing ceremony between HDC and Sunfront. (Photo / HDC)

During a special ceremony held, the projects were granted to Sun Front Pvt Ltd and Veligaa Hardware.

Sunfront has agreed to building a 22,395 square feet mosque, which can accmodate over 2,000 people at once. This mosque is to be developed under an Islamic center concept, and will use solar energy to generate power. A special area will be build within the mosque dedicted for women.

The Veligaa Hardwar’s mosque is to be 15,457 square feet. The mosque will be able to accommodate 2,200 worshippers at a time, and would also use soloar energy to generate power. This mosque too, will have a special area build for women.

HDC: Male’ no longer has any chemical warehouses

Five new schools to be built in Hulhumale’ Phase II