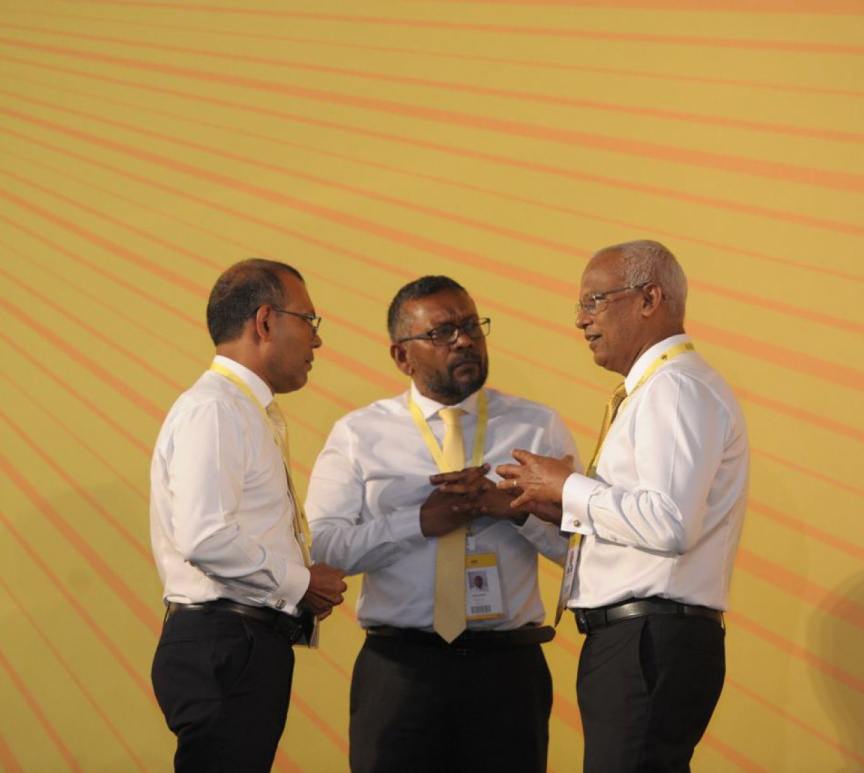 Messaging have been disabled in Maldivian Democratic Party’s (MDP) Parliamentary group after heated arguments among members.

The messaging feature was disabled late at night by MDP’s Chairperson and the Minister of Economic Affairs Fayyaz Ismail.

The group got heated after a conversation on the state budget led to members who support former President and Parliament Speaker Mohamed Nasheed raising questions whether President Ibrahim Mohamed Solih should be given another term.

It further escalated when MP Rozaina Adam, who joined MDP after being with Dhivehi Rayyithunge Party (DRP), began responding to the messages of the Nasheed faction.

MP Rozaina said that those with Nasheed were not content even after the party won, and the only thing they have done was try to ruin President Solih.

In response to this, Rozaina was labelled as the member who held the record for praising presidents. Vidoes were also sent to the group of her speaking highly of multiple former presidents.

When the argument got heated in the group where President Solih is also in, the Chairperson finally disabled messaging. Hence, only those in admin position can now sent messages in the group.

Tension between those who back Nasheed and those that are with President Solih are on the raise, with members targeting verbal attacks on each other on social media platforms such as Twitter as well.