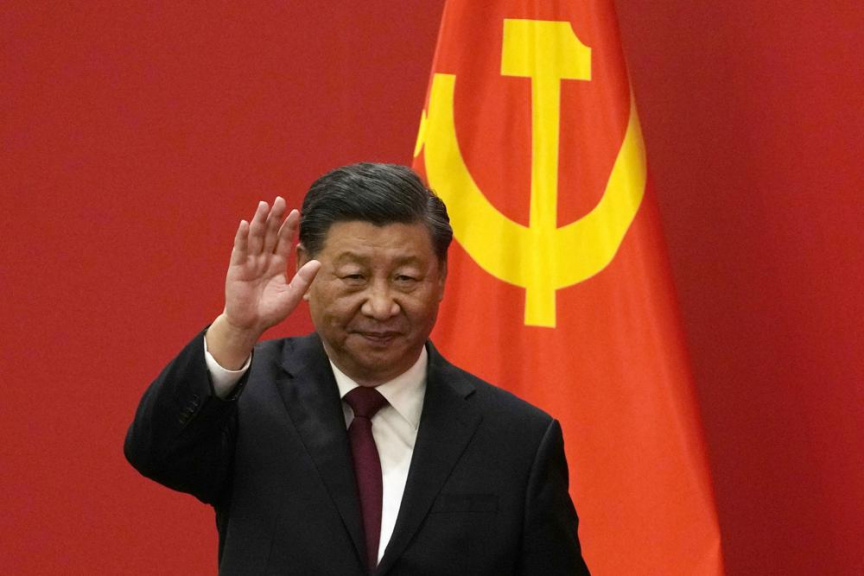 FILE - Chinese President Xi Jinping waves at an event to introduce new members of the Politburo Standing Committee at the Great Hall of the People in Beijing on Oct. 23, 2022. (AP Photo/Andy Wong, File)

BEIJING (AP) — China on Friday confirmed President Xi Jinping will attend both the meeting of the Group of 20 industrialized countries and the gathering of Asian Pacific nations this month in his first major overseas trip since the beginning of the COVID-19 pandemic.

Foreign Ministry spokesperson Zhao Lijian said Friday that Xi would meet with U.S. President Joe Biden, French President Emmanuel Macron and other leaders on the sidelines of the twin summits, with the G-20 coming first in Indonesia followed immediately by the Asia Pacific Economic Cooperation forum in Thailand.

Xi has largely avoided foreign travel since the beginning of the outbreak while China adheres to its strict “zero-COVID” policy mandating lockdowns and quarantines.

The meetings come after Xi was granted a third five-year term as leader of the ruling Communist Party and amid simmering disputes with the U.S. and others over trade and territorial claims.

Competing claims to the South China Sea have also complicated Beijing’s relations with Vietnam, the Philippines and other regional players.

19 dead in China crash as holiday travel rush goes on

US will require COVID testing for travelers from China