MDP: Date for primary will be announced upon completion of administrative works 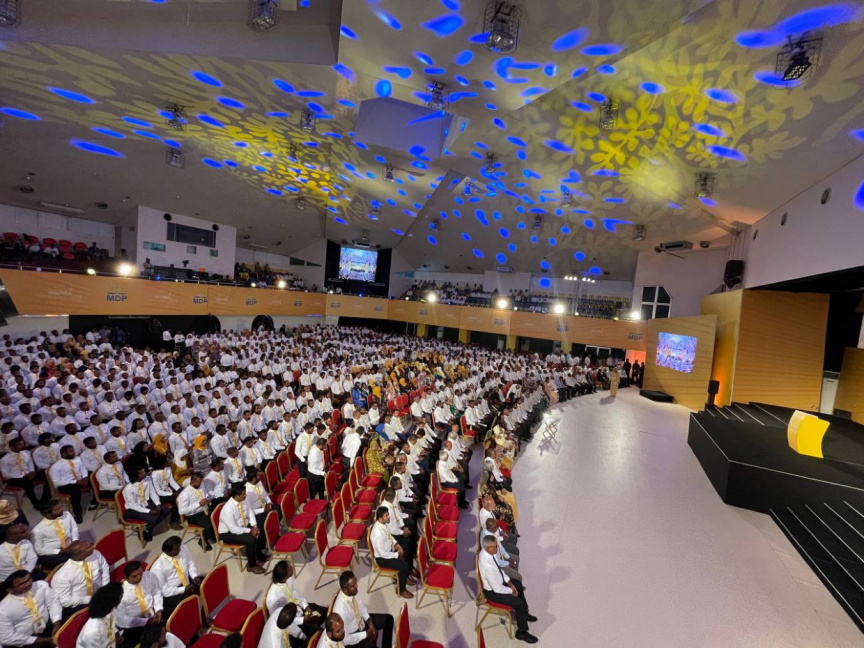 A capture from the inaugural ceremony of MDP's fourth congress on August 19, 2022. (Sun Photo)

Maldivian Democratic Party (MDP), on Sunday, stated that a date for the party’s primary to select a candidate that will represent the ruling party in next year’s presidential election can only be announced once all administrative work entailed is completed.

In mid-August this year, MDP stated that the party’s primary for next year’s presidential election will be held very soon.

Despite this, they have failed to announce a date for the primary to date.

Via a tweet on Sunday, MDP’s Spokesperson Anas Abdul Sattar said that a date for the party’s primary can only be announced once all administrative work which entails is completed.

In an earlier statement, the party’s Vice Chairperson Ibrahim Waheed (Iburey) said that a representative candidate for next year’s presential election from the party will be selected through a primary.

He also noted that the party’s National Council must formulate a five-member committee to oversee the election.

President Ibrahim Mohamed Solih announced his intention to run for a second term in early June.

MDP’s leader, Parliament Speaker Mohamed Nasheed strongly criticized President Solih’s announcement – stating that it was not the time to put forward personal aspirations and get one’s foot in for presidency.

The presidential ticket was officially handed over to him at a special ceremony on August 19th.