Somalia car bombs death toll up to 120, some still missing 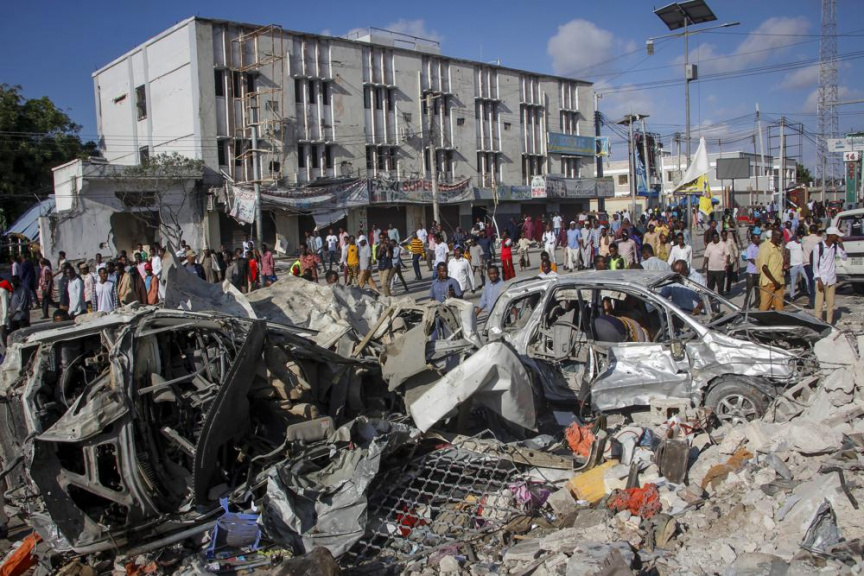 People walk amidst destruction at the scene, a day after a double car bomb attack at a busy junction in Mogadishu, Somalia Sunday, Oct. 30, 2022. (AP Photo/Farah Abdi Warsameh)

MOGADISHU, Somalia (AP) — The death toll from twin car bombings in Somalia’s capital has reached 120 and could rise further because some people are still missing, the country’s health minister said Monday.

Ali Haji said more than 320 others were wounded in Saturday’s midday explosions at a busy junction in Mogadishu, and over 150 of them are still being treated at hospitals.

It was Somalia’s deadliest attack since a truck bombing at the same spot killed more than 500 people five years ago. It is not clear how vehicles loaded with explosives again made it through a city full of checkpoints and constantly on alert for attacks.

The al-Qaida affiliate al-Shabab has claimed responsibility for the bombings and said it targeted the education ministry, which it accused of turning youth away from Islam.

Somalia’s government under the recently elected President Hassan Sheikh Mohamud has been engaged in a new offensive against al-Shabab, including efforts to shut down its financial network. The government has said the fight will continue.

NKorea warns US of ‘powerful’ response to allied drills