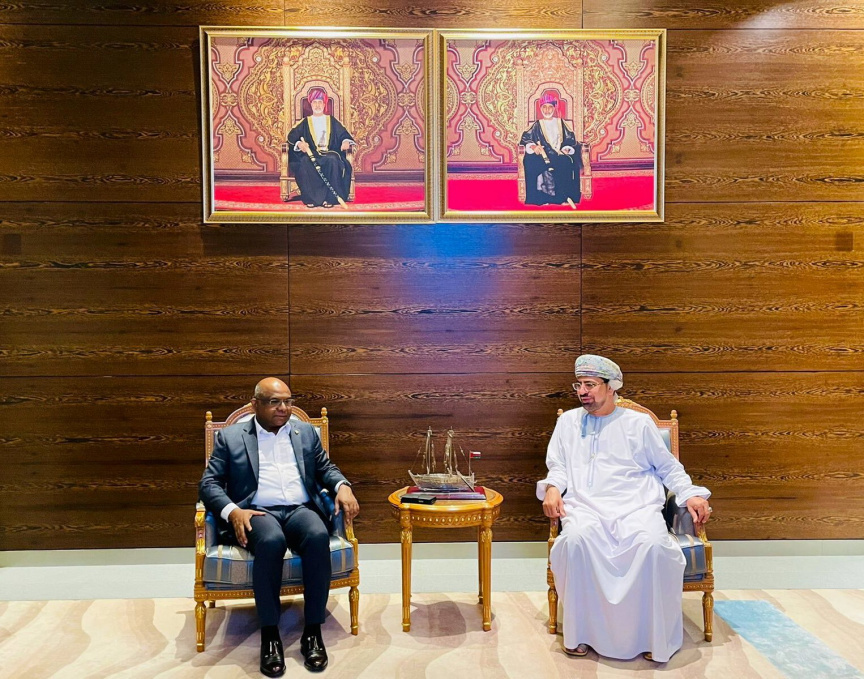 Foreign Minister Abdulla Shahid arrived at Muscat, Oman, on Tuesday, on an official visit as the Special Envoy of President Ibrahim Mohamed Solih.

Upon his arrival at Muscat, he was welcomed by Chief of Protocol of Oman Khalid Aljaradi.

In the course of this visit, Minister Shahid will meet his counterpart, Foreign Minister of Oman Sayyid Badr Albusaidi. He is also set to deliver a letter from President Solih to Sultan of Oman Haitham bin Tariq, and hold discussions on strengthening bilateral cooperation between the two countries, as well as relevant multilateral issues and priorities.

Minister Shahid is also scheduled to meet the Minister of Heritage and Tourism of Oman Salem bin Mohammed Al-Mahrouqi. He will also hold discussions with the Oman Investment Authority, to explore avenues for cooperation in the areas of tourism and investment.

He is accompanied by the non-resident Maldivian Ambassador to Oman Mohamed Khaleel and Joint Secretary at Foreign Ministry Fathimath Najwa.