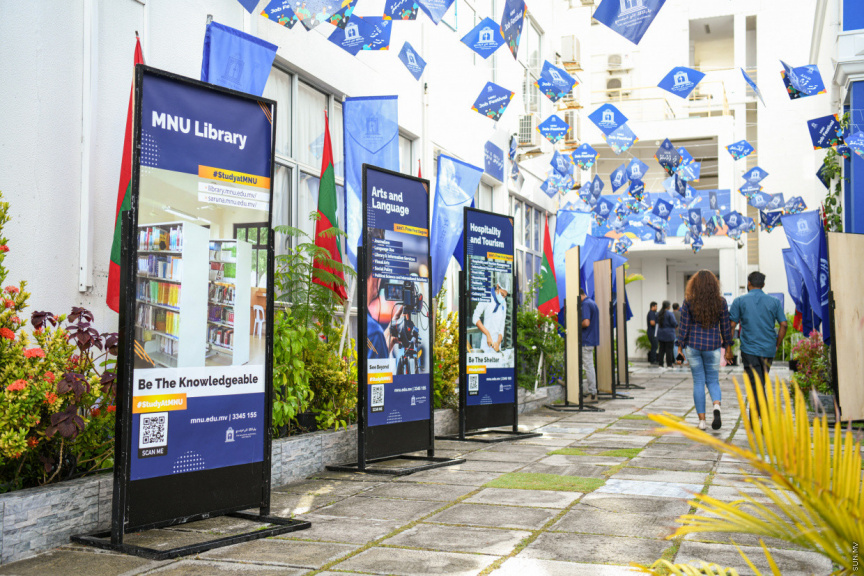 As per the university, the festival targeting their new graduates as well as the public will be held on November 9 and 10. It will be held at MNU’s administrative center, from 1600 hrs till 2200 hrs on both days.

Although the last festival was held only in the Male City campus, MNU stated that based on the extensive support they received, this year, it will be held in the other atoll campuses as well.

The university said that its aim was to showcase to the public a wide range of employment opportunities, incomes, and job experiences from across the nation.

In addition to this, MNU revealed that in the coming festival, entrance will be free for all.

Those interested in taking part in the event can submit their application forms by 1400hrs on October 25.

During the most recent job festival held in June, including major companies and government institutions, 32 parties took part.

MNU to hold Theveli 2023 in August

MNU to hold walk to mark 50th anniversary of tourism

Police search for owner of MVR 10,000 found on street