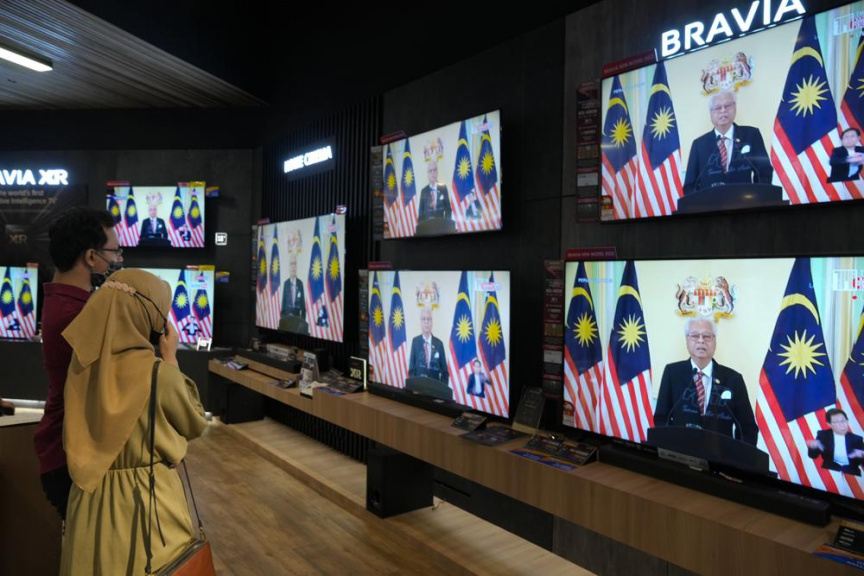 KUALA LUMPUR, Malaysia (AP) — Malaysian Prime Minister Ismail Sabri Yaakob announced that Parliament will be dissolved Monday, paving the way for general elections that are expected to be held in early November.

The elections come nine months before Parliament’s term expires, following calls for early polls from Ismail’s United Malays National Organization. UMNO, the biggest party in the ruling coalition, was feuding with its allies and is aiming for a big win on its own.

Ismail said he met Sunday with King Sultan Abdullah Sultan Ahmad Shah, who consented to the dissolution. He said he decided to call early polls to counter criticism over the legitimacy of his government — the third since 2018 polls.

“With this announcement, the mandate will be returned to the people. The people’s mandate is a powerful antidote” to create a firm and stable government, Ismail said in a televised announcement.

The Election Commission is expected to meet within the week to announce a date for the vote, which must be held within 60 days from Parliament’s dissolution.

In a statement issued by the palace, Sultan Abdullah voiced hope that the election will be held swiftly as the year-end monsoon season that starts mid-November often brings devastating floods. The monarch, who left late Sunday for a visit to London, said he has no choice but to approve Ismail’s request so people could vote for a stable government.

UMNO’s allies in the government and opposition parties have protested plans for elections during the monsoon season, which last year killed more than 50 people and displaced thousands. But UMNO’s top leaders decided recently that polls must be called this year for UMNO to capitalize on support of ethnic Malay voters, an opposition in disarray and before an expected softening in the economy next year.

“Ismail Sabri has succumbed to pressure by his party UMNO, serving the shortest tenure as a PM, and entering the country into polls during a dangerous season of monsoon floods,” said Bridget Welsh, a Southeast Asia expert with Malaysia’s Nottingham University.

“UMNO believes it has the advantage with early polls and has maintained pressure as they hope to return to power as the dominant party,” she said.

UMNO led Malaysia since independence from Britain in 1957, but was brought down in 2018 elections by a multibillion-dollar financial scandal that saw ex-Prime Minister Najib Razak imprisoned for 12 years for graft. The party’s current president Ahmad Zahid Hamidi is also on trial for graft.

UMNO returned to power in March 2020 as part of a mainly Muslim coalition government after the reformist alliance led by former Prime Minister Mahathir Mohamad collapsed due to defections.

The new government was unstable due to a razor-thin majority in Parliament, and then-Prime Minister Muhyiddin Yassin was forced to resign 17 months later after some UMNO lawmakers withdrew support for him.

Ismail, who was Muhyiddin’s deputy, was appointed by the king in August 2021 to take over the helm, returning the premiership to UMNO. But UMNO remained at odds with Muhyiddin’s Bersatu and another Islamic ally, who all vie for support from ethnic Malay Muslims who account for over 60% of Malaysia’s 33 million people.

In his speech Monday, Ismail also called for the dissolution of state assemblies to allow state polls to be held at the same time. Three UMNO-run states will follow suit but six other states controlled by the opposition and ally parties in Ismail’s government have said they would wait until next year. Four of the country’s 13 states had held polls earlier.

Unlike in 2018, when the opposition united under Mahathir, UMNO believes it has an edge with a fragmented opposition. Opposition leader Anwar Ibrahim’s Hope Alliance, which won the 2018 polls, is the main contender but without Mahathir’s support. Mahathir has formed his own Malay party, and a number of other smaller parties have also emerged.

UMNO’s victory in several by-elections also led it to believe that Malays, who voted for Mahathir in 2018, are back with the party. Some critics accuse Zahid of hastening elections to seek a favorable outcome for his trial, which he denied.

“This is an UMNO versus the people election. It is about Zahid becoming prime minister to resurrect the old order that was defeated in the 2018 election,” said opposition lawmaker Liew Chin Tong.

The dissolution came three days after Ismail’s government unveiled a proposed 2023 budget that promised cash handouts and other benefits. The budget hasn’t been passed by Parliament and a new government will have to prepare a new proposal. UMNO is expected to use generous budgetary promises to win over electoral support, with Ismail saying Monday that everyone will benefit from it.

Still, UMNO may face public wrath for rushing the polls amid the monsoon season. Heavy rains and thunderstorms already have caused floods in some parts of the country.

Mahathir’s Pejuang party slammed UMNO for calling snap polls despite flood risks. It urged people to “reject UMNO and send a clear message to them that the country belongs to the people.”

“One irony is that by going ahead (with elections), the opposition has been given a boost,” said Welsh.