Multiple charged with terrorism including Sheikhs Nishan and Fazloon 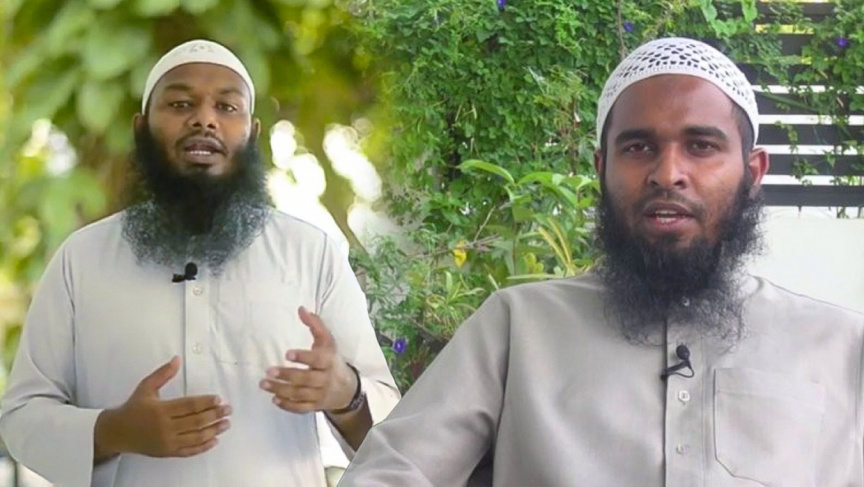 Al-Sheikh Fazloon bin Mohamed and Al-Sheikh Nishan Adam bin Ali Adam. Both are arrested in connection to the attack at the event held to mark World Yoga Day.

Many have been charged with terrorism over the mob attack on the event held at the national football stadium on June 21, to mark World Yoga Day, including Sheikh Fazloon Mohamed and Sheikh Adam Nishan.

In connection with this, a total of 18 people have been charged.

This includes two sheikhs charged with encouraging an act of terrorism. Both have now been released from custody.

Moreover, former Parliamentarian Mohamed Ismail, along with five others was charged with participation in an act of terrorism.

Those charged with taking part in an act of terrorism:

Those charged with terrorism:

Other charges pressed include 15 counts of obstructing a law enforcement officer, three charges of attempting to attack using a weapon and a single charge of attacking with a weapon.

Shabim Adam is the one who has been charged with attacking with a weapon.

Although charges have been pressed, all those arrested in connection to the events of yoga day have now been released.